If you have the skills and interest to report local news that impacts Lansing, Illinois, and you’re interested in full-time or freelance opportunities, contact [email protected] to begin the conversation, or complete the form below:

Click each name to link to a portfolio of the local news they have reported for The Lansing Journal. 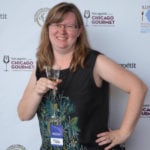 Carrie Steinweg is a freelance writer, photographer, author, and food and travel blogger who has lived in Lansing for 27 years. She most enjoys writing about food, people, history, and baseball. Those interests have led to a variety of local news assignments for The Lansing Journal, including these favorites: 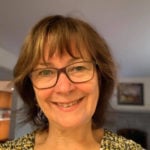 Jennifer Yos grew up on Walter Street in Lansing with nine siblings. She attended St. Ann School and TF South before earning a BA in the Teaching of English from the University of Illinois, Chicago. From there she earned her MS in Education: Curriculum and Instruction from the University of St. Francis, Joliet. For 34 years Jennifer taught English, as well as Creative Writing and Drama, at Lincoln-Way High School. She dabbled in freelance journalism for the Joliet Herald News Living section. Now retired, Jennifer appreciates the opportunity to report local news for The Lansing Journal. She is uplifted by the variety of positive people she has met who are making a difference in Lansing. 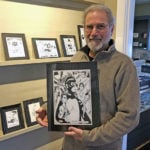 Artist Jim Siergey lived and worked in Chicago for 40 years before moving to Munster, Indiana, where he was discovered by The Lansing Journal during his first suburban art show and now contributes an illustration each month. His signature “nart” is difficult to define, even for him, but most nartworks tend to be black-and-white illustrations, and most involve some sort of clever silliness or visual wordplay. The style is reminiscent of early animations like Steamboat Willie and 1950s Popeye cartoons (which Siergey concurs were an influence), and the humor evokes 1980s desk calendars from The Far Side series. 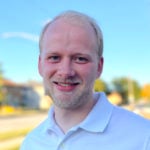 Josh has lived in the south suburbs since 2018, but has spent his whole life in the Chicago area. He graduated from Dordt University with a degree in communication. He’s been reporting local news for The Lansing Journal since 2018, and he accepted the role of Managing Editor in the summer of 2020. Josh knows the importance of community when it comes to local news. His favorite story so far is “The Carriers: two men in two eras recall life as postal workers.” Josh serves Lansing and the surrounding communities by coordinating assignments for The Lansing Journal’s team of freelance reporters, formatting and scheduling news for daily distribution, and covering many stories as a journalist himself. 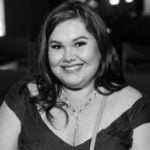 Katie grew up in Lansing and now works full-time in marketing while also freelance reporting for The Lansing Journal whenever possible. In 2015, she graduated with high honors from Saint Xavier University in Chicago with a BA in English. Her favorite Lansing Journal assignments include coverage of TF South High School’s 2018 walkout (“Demonstrating the possibilities“) and her St. Patrick’s Day interview with her grandma (“St. Patrick’s Day traditions: reflections of an Irish granddaughter“). 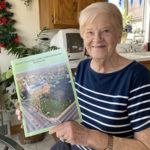 Marlene Cook is a Lansing resident who loves learning and writing about local history. A member of the Illinois Women’s Press Association since 1973, she has won multiple IWPA awards. Her 2020 awards in the Mate E. Palmer Communications Contest included first place for columns and second place for nonfiction book in the History category. Marlene contributes at least one article each month in our Lansing History category of news. 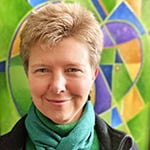 Melanie has spent her career helping people share their stories, and working for The Lansing Journal gives her unique opportunities to keep doing so. She prefers working on stories in the Lansing community that aren’t being told anywhere else, and she believes diversity enriches community. Some favorite assignments include stories that have introduced her to new cultures within Lansing. 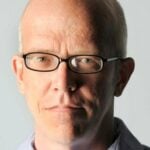 Mike Clark is a veteran journalist who has been covering sports in the Chicago area and beyond, from preps to pros, for more than four decades. 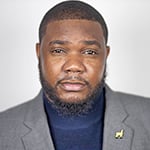 Quinton received his Bachelor of Arts in English from Northern Illinois University and his Master of Science in Journalism from Roosevelt University. In addition to reporting for The Lansing Journal and the Homewood-Flossmoor Chronicle, he volunteers with 100 Black Men of Chicago, Metropolitan Board of the Chicago Urban League, Omega Psi Phi Fraternity, Burst Into Books, and various other organizations. A south suburban resident since 2004, Quinton is passionate about telling the unsung stories of the community. His favorite story written for The Lansing Journal so far is Lansing Historical Society honors fallen heroes with display (April 2021). Quinton is currently most active with our Education beat, providing consistent coverage of Districts 215, 158, and 171. 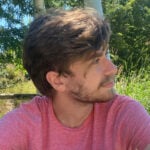 Richard is a recent college graduate with a passion for writing. He aspires to write full-time, as well as become a published author. When not writing, he can often be found reading or playing video games with friends.

Though job changes or family responsibilities have made these writers less available to us, their work continues to be accessible on our website. Each contributor’s name links to his or her collection of Lansing Journal articles. 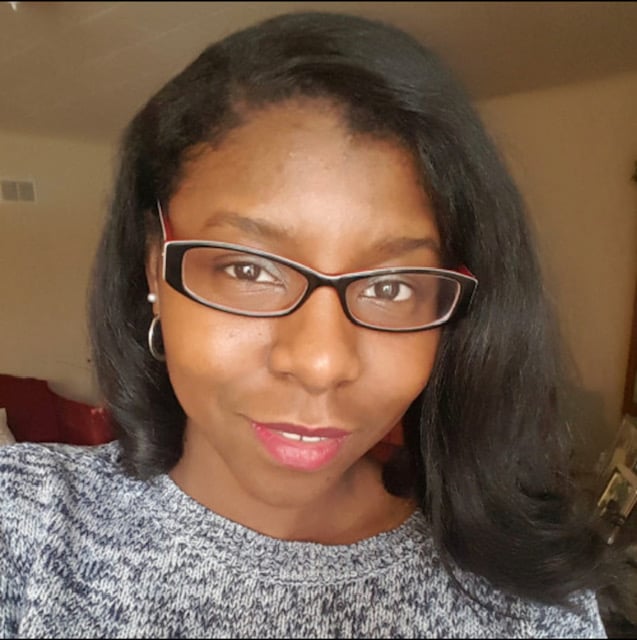 Ajia G. Harris is an up-and-coming journalist earning a degree in journalism with a minor in broadcasting from Western Illinois University. She enjoys examining history and how it relates to the present and future. She also enjoys all aspects of media, but no matter the format, telling and writing compelling, authentic, and relevant stories is what resonates with her. 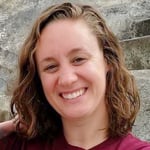 Ashlee De Wit started her career covering high school sports in Iowa, and she brought that experience back to her hometown when she returned to Lansing to raise a family. Favorite assignments include the opening of Troost, the informal Lansing pickleball club, the 2017 TF South Homecoming game, and a look at the future of Common Ground, Lansing’s experiment in healthy race relations. 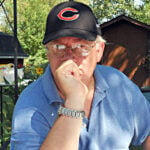 Bob Bong grew up in Calumet City and graduated from TF North. He has been working for community newspapers since 1976 and was an editor at the Daily Calumet and Sun-Journal when they were printed at Litho-Type in Lansing. Today, he’s an editor with Southwest Regional Publishing in Palos Heights. He writes a weekly business column called Comings & Goings for the Daily Southtown. His work has also appeared in the Chicago Tribune, and he’s a contributing writer for the Village of South Holland’s South Holland Living magazine. 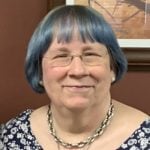 Erin brought a variety of experience — both creative and practical — to her work with The Lansing Journal. Whether designing ads, writing articles, answering phones, or doing pre-press proofing, her goal is always excellence with a servant’s heart. Erin worked for The Shopper in South Holland, Illinois, for several years before taking over as co-owner with Erica Wolak in the midst of the 2020 pandemic. She has since moved to Texas to be with family. 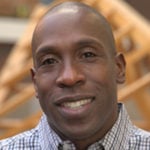 Good journalism is something that Ernst is passionate about. “I believe it is important to educate and inform people about their world,” he says. Ernst graduated from the University of Illinois at Urbana-Champaign, and began working for the News-Gazette in Urbana, where he covered University of Illinois student life, business, and secondary education. He then moved to New York to work at the Democrat and Chronicle, covering politics, suburban government, secondary education, and healthcare. 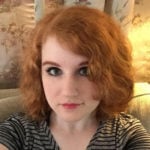 When her family moved to Lansing in 2018, Jamilyn subscribed to The Lansing Journal to learn about her new community. It wasn’t long before she inquired about adding her writing and editorial experience to the Journal’s team of writers. “History and Arts are my two favorite subjects to write about,” said Jamie, and her Lansing Journal portfolio includes articles about Fox Pointe concerts, Local History tours, and Lansing residents who have made a variety of artistic contributions to the world. 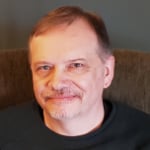 Jim Masters grew up on 191st Street in Lansing and attended Nathan Hale Elementary School, was a member of St. Ann Church, and graduated with the first graduating class at Heritage Middle School. Jim graduated from TF South High School in 1981. He has more than 25 years of experience as beat reporter, specializing in government, politics, criminal justice, human interest stories, and education. He has been a resident of Griffith, Indiana, since 2007. 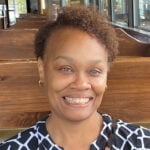 For Karen Abbott-Trimuel, writing was once just a hobby, something she did when she found the time away from her busy job and raising children. The 2020 pandemic gave her opportunities to reprioritize, and on March 8, 2021, she gave up her corporate job — the same day she published her second book. The Lansing resident has also written stage plays, including Hear Our Cries Lord, It’s Not What’s on the Surface, Recession Proof, and From Broken Pieces to a Living Testimony. She now shares her listening and writing skills with The Lansing Journal, focusing on features about new Lansing businesses, interesting Lansing residents, and unique Lansing events. In addition to her writing, Karen works with her husband Gammon to grow their asphalt business, Gamm’s Asphalt Services, and she creates motivational messages and stories through her production company, KGT Live Productions. 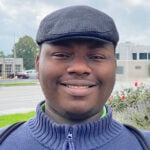 In 2021, as an 18-year-old senior at Unity Christian Academy in South Holland, Illinois, Landon Ford participated in UCA’s pilot internship program. His six-week assignment provided an opportunity to attend meetings and events and to learn interviewing and reporting skills. Landon loves to read fantasy, sci-fi, and non-fiction novels. He also spends his free time practicing the trombone or playing video games. 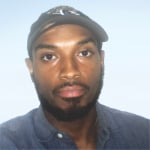 Noah Johnson is a journalist from Dolton, Illinois. In addition to the reporting he has done for The Lansing Journal, Noah has covered issues in Northern Illinois, North Carolina, and suburban Cook County. He also has also covered news for the Homewood-Flossmoor Chronicle, and in his free time he enjoys listening to podcasts, cooking, and journaling. 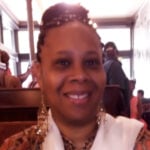 Patricia Muhammad has been a contributing writer for both The Lansing Journal and the South Holland Shopper. She enjoys writing stories about events, people, and places she feels would interest local residents. Patricia has covered the Lansing Car Show, Super Teci’s benefit, Water’s Edge, and Recycling 101. She is also a published author of three children’s books: Princess Feldings & The Academy of Queens, Prince Hasmir High Seas Adventure, and When Jaguars Roar. 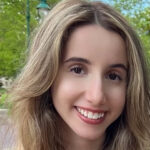 Reena Alsakaji is a freelance writer and a senior at Munster High School. She is the Editor-in-Chief of her school’s student-run newspaper, Crier. She is also involved in Munster Speech & Debate, Student Government, HOSA, Philosophy Club, and Poetry Club. Over the past two years, Reena has fallen in love with the Lansing community as she watched her mother go through the process of opening up a home decor business on Ridge Road (Cadou Decor). Reena hopes to broaden her coverage all over Lansing. Her favorite story so far is, “South Holland neighborhood group hosts Juneteenth event for hundreds.”

Do you have the skills and interest to report local news?

We need a variety of journalists who represent differences not only in race, but also in age, faith, networks, and experience. If you would like to be considered as a writer for The Lansing Journal, contact [email protected].