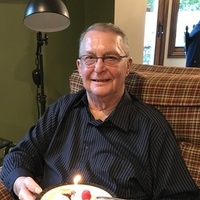 Warren was a longtime owner of South Suburban Heating and Air Conditioning. He loved his Lord and was devoted to his family. Warren worked hard, played hard, was spontaneous and generous. He loved golfing, playing board games and card games, and watching the Cubs. He enjoyed vacationing around the world, spending winters in Florida, and time with his family. Warren and Leona had many cherished friendships. Warren was proud of his children, grandchildren, and great-grandchildren. He was loved by many and will be dearly missed.