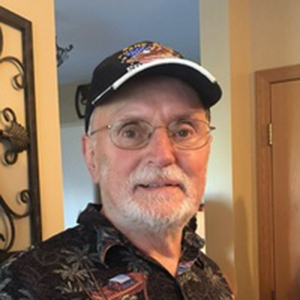 Frank worked for the United States Post Office as a letter carrier and became union president of NALC Branch 4016 over the course of his 50-year career. He honorably served his country in the United States Air Force. Frank loved to travel — his favorite locations included Las Vegas, Laughlin, and Alaska. Frank loved to coach little league baseball, culminating in an election to the Lansing Little League Hall of Fame over his 34 years of coaching, which included an Illinois State Championship title in 2001 with his Lansing East team. Frank spent many years dedicated to his community including volunteering at the Lansing Food Pantry and Mended Hearts, and he also served as a Eucharistic minister.

In honor of Frank’s spirit, please come to celebrate his life on Sunday, August 28, 2022, at Schroeder-Lauer Funeral Home, 3227 Ridge Road, Lansing, Illinois. Visitation with the family will be from 3:00 to 8:00 PM. Funeral services for Frank will be held on Monday, August 29, 2022, at the funeral home beginning with 9:15 AM closing prayers then proceeding to Jesus Shepherd Of Souls (St. Andrew The Apostle Catholic Church), 768 Lincoln Ave, Calumet City, Illinois, for a 10:00 AM Mass of Christian Burial with Father Luis Valerio officiating. Frank will be laid to rest at Holy Cross Catholic Cemetery, Calumet City, Illinois. Frank was loved by many, and he will be truly missed.