It is from numberless diverse acts of courage and belief that human history is shaped. Each time a man stands up for an ideal, or acts to improve the lot of others, or strikes out against injustice, he sends forth a tiny ripple of hope, and crossing each other from a million different centers of energy and daring those ripples build a current which can sweep down the mightiest walls of oppression and resistance. (Robert F. Kennedy, 1966)

Walter Francis White was born July 1, 1893, of European and African ancestry, but his visible features were European. White narrates this predicament in his autobiography, A Man Called White. White’s great grandmother, Dilsia, was William Henry Harrison’s concubine before Harrison became president in 1841. “I am a Negro. My skin is white; my eyes are blue; my hair is blond. The traits of my race are nowhere visible upon me,” said White.

During his childhood days, White once threw a rock at a white kid. The privileged teen had verbally abused him for drinking water from a fountain set aside for African Americans. Impressed by his civil rights activism, James Weldon Johnson invited White to join the National Association for the Advancement of Colored People (NAACP) in 1918.

At 25, he began his career as the Secretary Assistant of the NAACP at the national headquarters. With his multi-ancestral gifts, White became an undercover agent. He advanced the NAACP cause for voting rights in Texas, among other initiatives. The NAACP provided legal defense for convicted African Americans. Sometimes, as with the Elaine massacre, the Supreme Court overturned the initial convictions. These cases established a crucial precedent for the conduct of trials.

The Supreme Court discovered that trial conditions affected defendants’ rights. Some parties in courtrooms had armed mobs waiting outside the courts, for instance. White’s investigations provided the evidence that helped turn wrongful convictions. Despite receiving life threats, he continued his mission for justice. He disclosed vital evidence to the US Department of Justice and the New York Police Department, helping curb mob violence. Though a dangerous undertaking, he successfully uncovered 41 lynching cases, 2 peonage cases, and 8 race riots.

Throughout his career, White spoke against discrimination and segregation. With help from literary geniuses, including Alfred A. Knopf and Carl Van Vechten, he founded the “New Negro” culture. Popularly known as the Harlem Renaissance, this movement evolved to become the center of African-American intellectual and artistic life. White was part of the NAACP’s leadership from 1929 to 1955, after Moorfield Storey’s death in 1929. Ironically, this was the same year Martin Luther King was born.

White helped increase NAACP membership to more than 500,000. The year White died (1955), Rosa Parks who was a member of the NAACP refused to sit at the back of a bus, which sparked the Civil Rights movement, and Martin Luther King began his rise to prominence. In the words of his NAACP successor, Roy Wilkins, “White was one of the best talkers I’ve ever heard.”

Moorfield Storey was born on March 19, 1845, in Roxbury, Massachusetts, into a long-settled family. Although he wasn’t wealthy, he was comfortable. He gained a sense of security to chart an independent course; he also inherited a tenacious adherence to the high principles that characterized his life from his abolitionist mother.

One of Moorfield Storey’s most notable achievements is a Supreme Court case in 1917 that overturned a segregation law in Louisville, Kentucky, based on property rights. In Buchanan v. Warley, he argued that the law violated property owners’ rights to sell their homes to anyone they wanted. Storey’s argument is clearly stated in the Supreme Court ruling:

Throughout his career, Senator Charles Sumner — who, as early as 1849, argued that segregation was unconstitutional and that the laws should make no racial distinctions — influenced Storey. However, when Southerners formalized the Jim Crow system of segregation, disfranchisement, and racial violence, Storey spoke against post-Reconstruction Southern policies.

Responding to the trend of nationwide racial violence, Storey and other prominent Americans heeded Mary White Ovington’s call to meet on February 12, 1909, to protest a recent race riot. The riot took place in Abraham Lincoln’s hometown of Springfield, Illinois, on the 100th anniversary of his birth. This same meeting helped create the NAACP, whose leadership stayed with Storey until he died in 1929. Storey became president in 1910.

Another remarkable achievement of Storey was helping Lawrence Nixon prepare the brief for Nixon v. Herndon (1927) against the all-white primary. In this case, the Supreme Court ruled that a 1923 Texas law denied Nixon the right to vote in the Democratic primary unlawfully, primarily because of his skin color (violating the Fourteenth Amendment). The NAACP fights for the right to vote in Texas and other states today.

Interestingly, White provided President Truman a draft for the executive order used in desegregating the armed forces after the Second World War. Under White’s leadership of the NAACP, the organization established its Legal Defense Fund, which successfully challenged cases of segregation and disfranchisement. One such case was the Supreme Court ruling in Brown v. Board of Education (1954), which determined that segregated education was unequal.

White and Storey paved the way for today’s modern activism and social movements with many other passionate people. 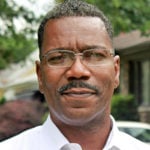 Elvis Slaughter is a lifetime member of the NAACP and has published ten books in different genres. He is currently writing an essay biography on the life, work, and experiences of Moorfield Storey.


Local Voices is our version of “Letters to the Editor.” The opinions posted here are those of the writers, and posting them does not indicate endorsement by The Lansing Journal. We welcome input from fellow residents who have thoughtful things to say about topics that are important to our community. Send your submissions to The Lansing Journal with “Voices” in the subject line.

Local Voices: Why is the N-word allowed in schools?

Editorial Contest: Too close for comfort – a firsthand account of ‘white flight’ in Lansing