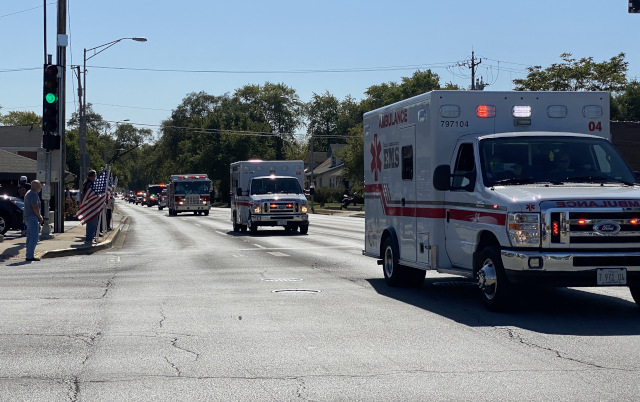 Cunningham had been a member of the South Holland Fire Department since 2011. He started as a part-time Firefighter, and began serving full time in 2018. He also served in the Illinois Army National Guard since 2012.

He lived in Thornton, Illinois, with his fiancée, and they were expecting a child. He was 29 years old. His mother, Rosemary Cunningham, is a Trustee for the Village of Thornton.

Cunningham attended Thornwood High School in South Holland, where he excelled as a multi-sport athlete. He received an Associate Degree of Fire Science at Prairie State College, then later trained in Poland to become a Chemical, Biological, Radiological, and Nuclear Specialist for the Illinois Army National Guard. In October 2018 he received a Gold Seal from the South Cook County EMS Medical Director for his work in saving a patient on an EMS call.

Cunningham’s public funeral was held at Smits Funeral Home in Dyer, IN, where Cunningham’s family spoke in his honor, as did South Holland Fire Chief Brian Kolosh, South Holland Mayor Don De Graff, and Lt. Governor Juliana Stratton, among others.

After the service, a procession of family, friends, firefighters, and police officers from surrounding communities made its way north up Burnham Ave. in Lansing and west on 170th St. into South Holland, passing by Cunningham’s “second home”—the South Holland Fire Department—at 16230 Wausau Ave. before arriving at St. John Church in Glenwood, IL, where a private service for family was held.