Cause of incident under investigation

information provided by the Village of South Holland

SOUTH HOLLAND, Ill. (October 1, 2020) – The Village of South Holland expressed deep sorrow in reporting the tragic loss of firefighter Dylan Cunningham, who died following an underwater dive on Wednesday, September 30, 2020. The cause of the incident is under investigation.

The incident occurred at Haigh Quarry Lake in Kankakee, Illinois. Cunningham was first rushed to St. Mary’s Hospital in Kankakee, then transferred to Northwestern Memorial Hospital in Chicago, where he died at 10:04pm.

A procession of fire engines traveled from Northwestern Memorial to the Cook County Medical Examiner’s Office on Thursday morning, October 2, in Cunningham’s honor.

Cunningham has been a member of the South Holland Fire Department since 2011. He started as a part-time Firefighter, and began serving full time in 2018. He also served in the Illinois Army National Guard since 2012.

He lived in Thornton, Illinois, with his fiancée, and they were expecting a child. He was 29 years old. His mother, Rosemary Cunningham, is a Trustee for the Village of Thornton.

Cunningham attended Thornwood High School in South Holland, where he excelled as a multi-sport athlete. He received an Associate Degree of Fire Science at Prairie State College, then later trained in Poland to become a Chemical, Biological, Radiological, and Nuclear Specialist for the Illinois Army National Guard. In October 2018 he received a Gold Seal from the South Cook County EMS Medical Director for his work in saving a patient on an EMS call.

“Dylan was a beloved member of our team,” said South Holland Fire Chief Brian Kolosh. “He was dedicated, loyal, hard-working, and also a lot of fun to be around. We are devastated by this loss and are grieving with Dylan’s family.”

South Holland Mayor Don De Graff said, “He was a focused and mature young man who was a great Village employee. Our Village board and administration recognize the quality of his character and the special person he was. He represented so well who we are as a village. We will significantly miss his contributions going forward.”

The Village asks that members of the public keep the Cunningham family in their thoughts and prayers, and please respect their privacy during this difficult time. 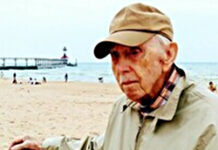 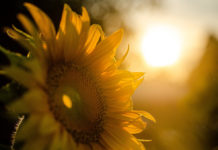