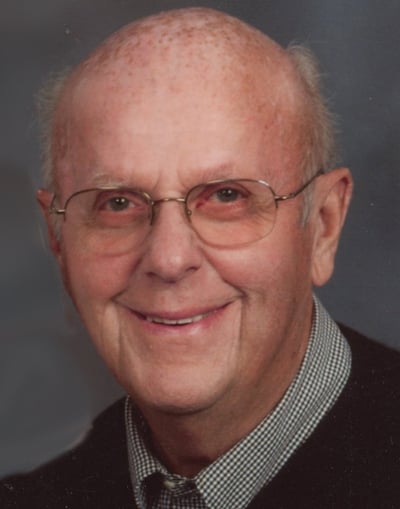 Roger was a WGN meteorologist from 1965 until his retirement in 1998. He was one of Chicagoland’s most trusted radio and television personalities, delivering 50-plus forecasts and updates on Chicago’s ever-changing weather patterns per week. Roger was respected for the science he applied to his weather reports, but listeners and viewers also loved his folksy and friendly way, and his hilarious observations of life as he bantered with his on-air colleagues.

With degrees in engineering from the Illinois Institute of Technology, he was presented with the opportunity to serve as a meteorologist for the Strategic Air Command in the U.S. Air Force during the early years of the Cold War. After three years of guiding U.S. warplanes around the world from a command center in Ohio — during which time he also married and started a family — Roger chose to return to civilian life in Chicago. Engineering jobs at Standard Oil and Amoco Chemical awaited his return from the service, and 10 years later he moved to an engineering management position at Kaiser Aluminum and Chemical in Dolton, Illinois.

Roger’s love of climate and weather were always with him, and while in the corporate world, his military forecasting experience led him to fill-in roles on ABC-7 and Channel 9, and eventually to the lead forecaster job at WGN.

Roger became an author at the age of 90 when writing a book entitled “Cooler by the Lake.” Roger was loved by many and will be dearly missed.