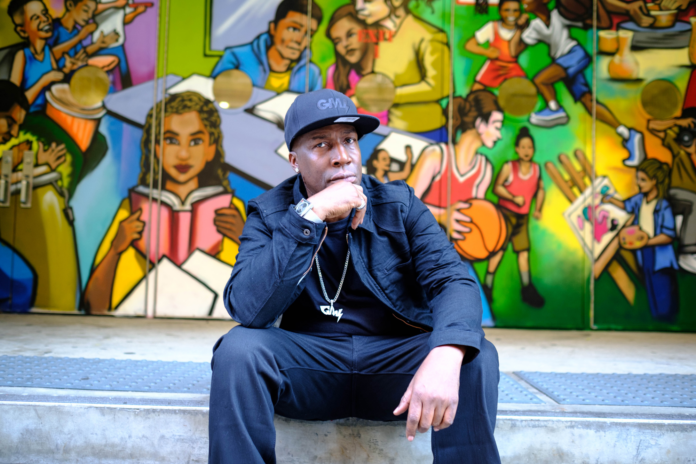 GARY, Ind. (May 9, 2022) – Hard Rock Casino Northern Indiana is celebrating its First Anniversary on Saturday, May 14 with some big-name performers. Hip Hop superstar Grandmaster Flash will be headlining the free concert on the Hard Rock Cafe stage. And Gary’s very own blues legends The Kinsey Report will also perform on the cafe stage. Fletcher Rockwell will perform on the Council Oak Bar Stage.

Emerging from the South Bronx in the early 1970s, Grandmaster Flash is one of Hip Hop’s original innovators. In the earliest days of the genre, he manipulated music by placing his fingers on the vinyl, perfected beat looping, and discovered many of the most iconic beats still commonly sampled today. It’s no surprise that The New York Times calls him Hip Hop’s first virtuoso. Today, he’s the voice of an entire generation of 1970s hip hop pioneers. From his electric live shows to his production role on Netflix’s “The Get Down,” Grandmaster Flash is at once a historian, a storyteller, and a cultural force. Grandmaster Flash is expected to take the stage at 10:30 p.m.

The Kinsey brothers enjoyed enormous success throughout the 80s and 90s recording, and touring first with their late father, Lester “Big Daddy” Kinsey, as Big Daddy Kinsey and the Kinsey Report, and then on their own. The Kinseys arrived on the Blues scene in 1985 with a winning formula, joining forces with their father to create a signature sound that mixed the traditional with the contemporary. Big Daddy’s rich baritone vocals, slide guitar and harmonica playing reflected his Mississippi Delta roots, while the younger Kinseys added reggae, rock, gospel, and soul to the mix. The Kinsey Report goes on at 9 p.m.

With classic Americana-tinged rock & roll steeped in the blue-collar charm of their hometown, Chicago’s Fletcher Rockwell has been building a loyal fanbase throughout the Midwest since 2009. While widely known for their original songs, the group is also revered for clever versions of the most popular cover music, spanning everything from vintage Tom Petty, Paul Simon, and Talking Heads to contemporary roots revivalists Chris Stapleton, Dawes, and Mumford & Sons.

In addition to the performances, Hard Rock Casino Northern Indiana will host several drawings throughout the day. All Unity Members can print one entry from the Rewards Kiosk starting at 11 a.m. and must drop it in the drawing drum located at the Players Club. Three winners each hour, from 12 p.m. – 9 p.m., will win $2,500 in Free Play. Winners will have 10 minutes to claim their prize at the promo area. The drawing drum will close at 9:45 p.m. At 10 p.m. Grand Master Flash will announce the Grand Finale Winner, who will win $25,000 in Free Play.

Hard Rock Casino Northern Indiana is located at 5400 West 29th Ave. in Gary, IN, directly adjacent to the I80/94 Burr Street Interchange. For more information, call 219-228-2383 or visit www.hardrockcasinonorthernindiana.com.

How countries around the world celebrate Mother’s Day