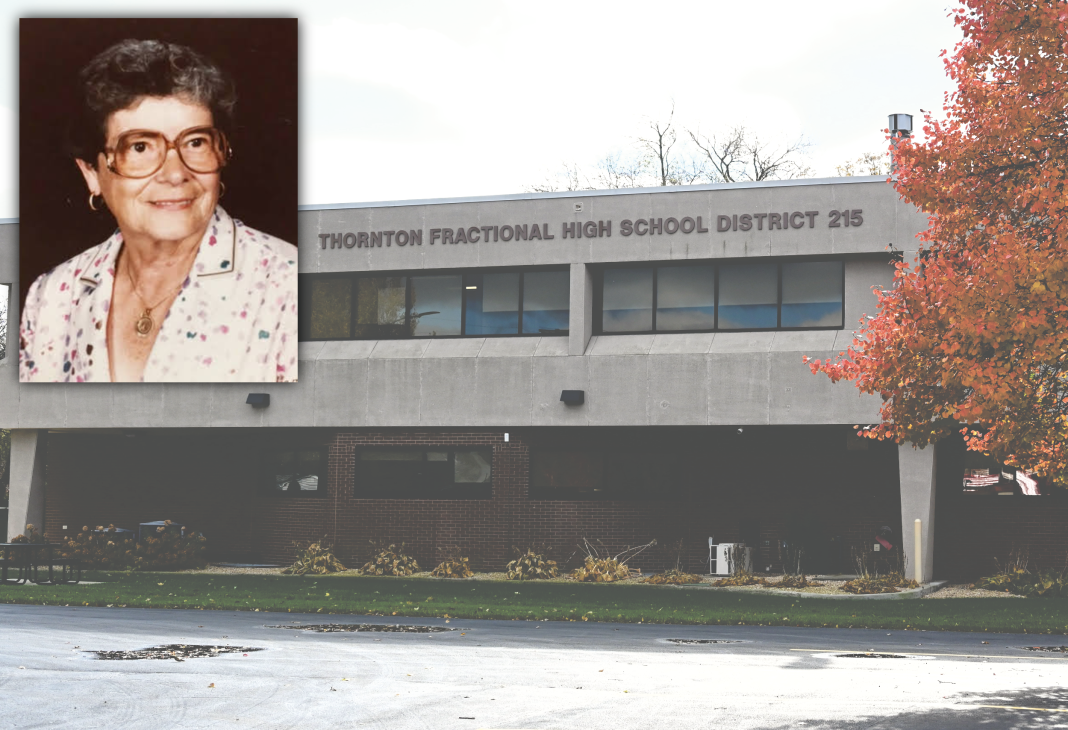 Gault was a biology teacher at TF South from 1958 until 1974 when she turned 65 years of age. At that time, 65 was the mandatory retiring age, and Gault was forced to quit teaching, though she didn’t want to, saying she loved her work too much.

Soon after, Gault filed suit in the U.S. District Court in Chicago against the mandatory retiring age. The lower court ruled against her, but the United States Seventh Circuit Court of Appeals overturned the ruling stating that turning 65 was not an adequate reason to mandate retirement.

In a 2-1 decision, the majority opinion stated, in part, “We cannot say that the provisions in the instant case would eliminate any more unfit teachers (assuming again that such is the purpose) than a provision to fire all teachers whose hair turns gray.”

Gault was represented by the American Civil Liberties Union during the five-year legal battle. She won $30,000 from School District 215 in her negotiated settlement of her successful discrimination suit. The suit has been hailed as a landmark case with nationwide implications in both private and public sectors.

By the time the court battle was over, Gault was 70 and couldn’t teach anymore, though she had been substituting in the meantime.

“My right eye went bad, and I couldn’t see a microscope anymore or grade 150 papers every night,” Gault said. “But I won! I was right!”

Not one to be idle, Gault went to a meeting of the Lansing Bicentennial Committee in 1975. Shortly after, she was named chairperson of the Heritage Committee. She and her committee decided to hold a museum event and began collecting historical items from anyone who would donate. A temporary “museum” was set up in the First National Bank of Illinois.

After the event was over, the committee wanted to keep the museum open and did so at the bank for another 18 months. They eventually were offered rental space in the lower level of the library for $1 a year. With $10,000 from the Village of Lansing and $25,000 from a house-to-house canvass, they opened the new history museum in November of 1980.

Gault became the first curator at the museum and remained in that position until she retired in 1991 and Betty Humphrey took over.

Lansing history: From a single typewriter, to rolls of newsprint, to a team of laptops

Lansing history: How Lansing got its own museum