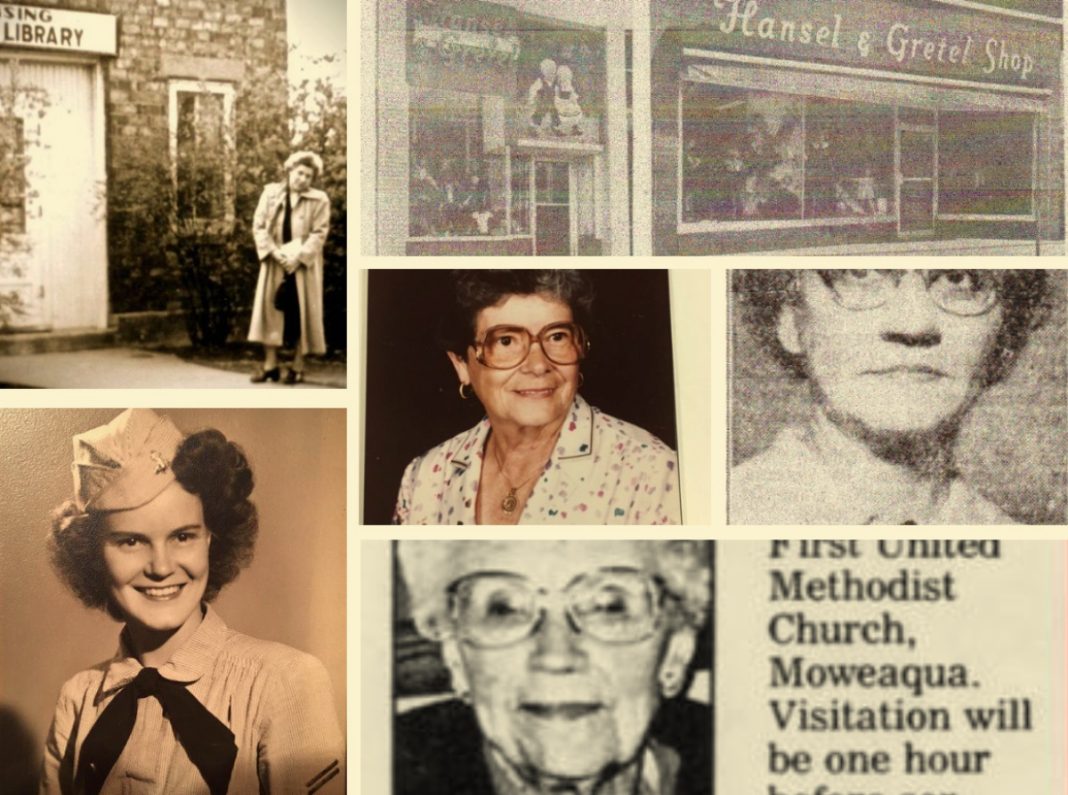 LANSING, Ill. (March 8, 2022) – “The hand that rocks the cradle, rules the world.” That proverb was written by William Ross Wallace in 1865 under the title, “What Rules the World.”

The main role of a woman in the 1800s was to stay home and take care of domestic chores as well as take care of the husband and children. It wasn’t uncommon for women to bear 10, 15, or even 18 children. Many of those babies died before they reached a year old.

Although women had little to say and were limited in what they could do, their influence shaped generations.

Yet they were rarely acknowledged. The various writings about the history of Lansing, Illinois, reveal where the male pioneer was born, and when he immigrated to America, and what his accomplishments were in the world. Entries commonly read, “[John Doe] came to America with his wife and children,” going on to name the children but never the wife.

Still, these unnamed women sacrificed much and molded the lives of their children, teaching them to be good citizens of the new country. Their values were handed down from generation to generation and are the foundation of life in Lansing to this day.

Gender roles from the nineteenth century continued well into the twentieth century. The Industrial Revolution placed women in roles of domesticity, while men earned wages and supported families. Toward the middle of the century, these roles became less defined, although women continued to work in subordinate positions and for less pay.

By the end of the first half of the nineteenth century several woman’s rights conventions began changing the limits placed on women. Women stood up to the all-male, all-white, mostly good-ol’-boy legislators. After a long hard fight of lecturing, writing, marching, lobbying, and civil disobedience, on August 18, 1920, the 19th Amendment was ratified, granting American women the right to vote, a right known as women’s suffrage.

In celebration of Woman’s History Month, we salute all women who have made a difference in the lives of those around them. Some are long gone, but not forgotten, and others are still making strides to leave their footprints in our lives.

We’ll be publishing a series of articles about women who played a significant role in Lansing’s history, women whose stories we had to dig deep to uncover. In publishing them, we hope to make a record of their impact on our community.