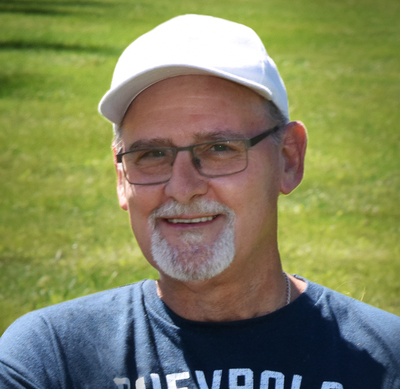 William Joseph McLaughlin, better known as Bill, Billy, Dad or Papa, passed away peacefully on November 14, 2021, at the age of 64 surrounded by his family who adored him. And how could you not? He was the most caring, selfless, and loving man.

Born May 31, 1957, to Barbara (Busse) and John McLaughlin in Evergreen, IL he was undeniably South Side Irish. A true family man, he will continue to live on through the memories and love of so many. His long-term significant other, Rebecca Martinez. His children who thought the world of him, Laurisa Milici (Robert O’Byrne), Nicholas (Stephanie) Milici, Jacqueline (Mark) Dillon, Erin McLaughlin (Brandon LaRobadiere), Tiffany (Michael) Francisco, and Carlos (Kristine) Martinez. His beloved siblings, Mary (Charles) Saak, Patrick (Wiesia) McLaughlin, Barbara Ann Casciola (Christopher Marquardt), Jacqueline McLaughlin, and Edward McLaughlin (Michael Brindley). His grandchildren who he loved the most, Audrye, Avery, Aniston, Patrick, Alaina and Connor. And many nieces and nephews.

To know Bill was to love him. He was so kind, giving, and almost never rattled unless you spoke too loud during a Bears or Bulls game. His love for his family was unconditional as he opened his heart and door to all. He took Laurisa and Nick in without question when they were just babies, “I fell in love with you guys,” and extended that same invitation to Tiffany and Carlos when he also fell for their mom, Rebecca. If he could have had 20 kids he probably would have, but the only thing stopping him was his insatiable knack for living within his means as a self proclaimed “tight wad.”

Nothing gave him more joy than his grandchildren. He was so ecstatic to be their Papa and loved watching them grow and making them laugh. Whether it be teasing them all with dad jokes, making stuffed animals come alive with his silly voices, playing cars with Patrick, making faces at Connor, or scribbling hilarious illegible drawings at Baja’s with Audrye, they all were so entertained by their Papa. His face would light up every time he saw them, which he made sure was often by creating a custom golf cart for Avery, Aniston, and Alaina who lived just up the road. A majority of the pictures on his phone were of car parts he wanted to sell on eBay, projects at Holland, and those grand babies he cherished so. To see the world through his eyes usually meant having his thumb blocking the upper left corner but it was still such a beautiful world of the purest love for his family.

Bill even had a second family — Holland. One of their longest running employees, he spent over 43 blissful years working his way up from a welder to a Senior Manufacturing Engineer. Never watching the clock and always focused on the project at hand, he was passionate about solving any problem thrown his way and was an integral part of making Holland what it is today. A couple of his proudest projects include the inception and expansion of their mobile welding fleet, and designing their UP manufacturing facility. He had so much love and gratitude for the Currans and the family values they instilled at Holland, expressing as much in a note at the hospital days before he passed.

He had so much devotion for what he did and it aligned with his other favorite pastime: building custom classic cars. Maybe the only person to ever accidentally buy a Corvette on eBay, he was a loyal Chevy man and had restored “about 9 cars” with his favorites being his 1956 “Shorty” Chevy of which he won many awards for at car shows, and his latest 1970 1/2 Camaro. On the 4th of July he would park his cars in the driveway, gleaming with pride as people passed in awe at his unofficial addition to the parade. His retirement dream, which he sadly never got to live, was to open a one off custom car shop.

Bill wasn’t all work though, he also thoroughly enjoyed relaxing in his recliner alongside his family, making them watch the same movie a million times while giving his dog Teddy “brains rubs.” He loved dogs so much and always had one or two by his side. He wasn’t much for drinking, but when he did partake, he had no shame in his vodka lemonades. He taught Erin how to make the perfect PB&J, Jackie how to take a joke, and Laurisa and Nick to never waste a trip. Because he surely didn’t. His life on this earth was so filled with love. Even when he would be the black cloud at the casino with his best friends Jim and Deb or made you think something was on your shirt (which everyone always fell for), you couldn’t be mad at him. He was just so sweet and lovable.

A real life Santa, Bill had so many endearing Christmas traditions. He would still wait to put presents under the tree for his adult children until midnight on Christmas Eve, use too much tape on everything, begrudgingly watch a Christmas Story, and write the most heartfelt cards that his mush ball self would immediately start crying at before you even had a chance to begin reading. Christmas was always his favorite as it brought back memories of his beloved mother, Barbara, and often gave him his wish of all of his children being home at the same time with him. The refrigerator cookies and chocolate covered raisins he received by the pound surely also didn’t hurt. Christmas will never be the same without him, but just like Santa, we will always believe he still exists. Because he does. He will always be a part of our hearts, beings, and souls.

Our Dad, our Papa, our honey, our brother, our friend, our hero. We love you so much and will never stop missing you. Rest easy and we’ll see you in our dreams.

Memorials may be given to the Lung Cancer Research Foundation.