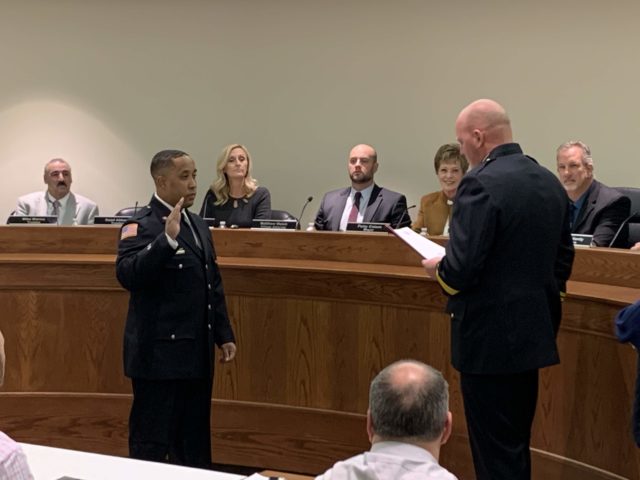 Chief Kooyenga said of Wright, “He’s been a real asset to the department. He’s the kind of guy who’s always up for a challenge…. I’m real happy to see a guy like Randall move up in the ranks.”

Wright’s father Bobb, who is a Lansing Human Relations Commissioner, pinned Wright’s badge on him. After Wright shook hands with the Board, his wife and daughter joined him and his father for a picture following his swearing in.