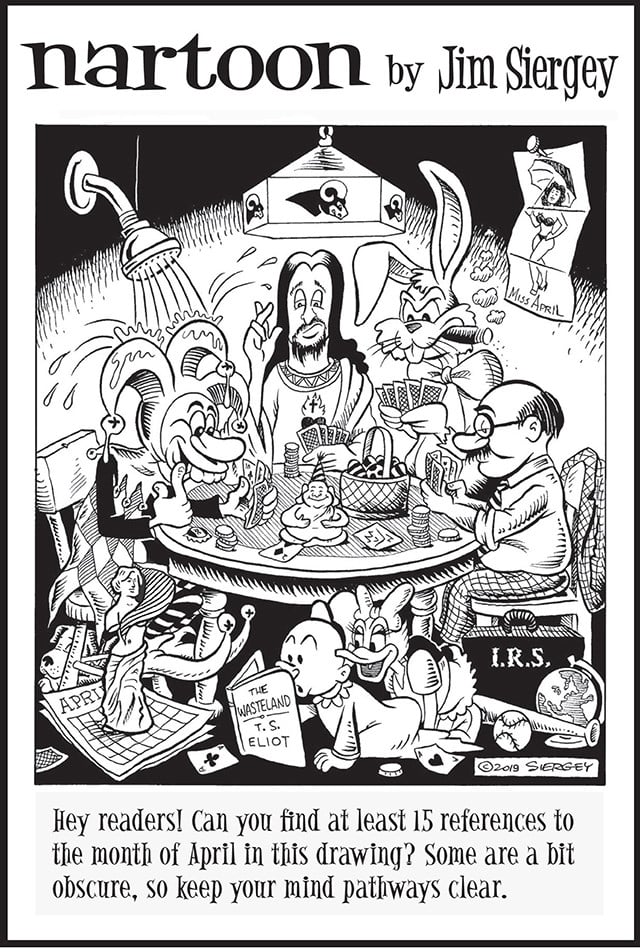 The nartoon pictured above ran in the April 3 print edition of The Lansing Journal, and we promised to publish the answers online. Here they are!

Did you find any others? Let us know in the comments!