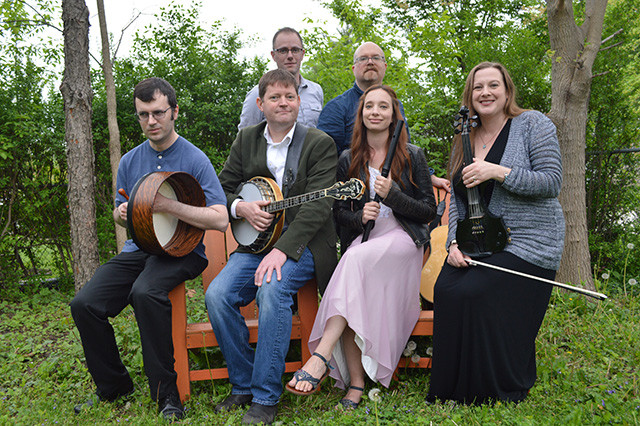 LANSING, Ill. (February 27, 2019) – Character Fleadh will perform at Lansing Public Library on Friday, March 1, as part of the library’s After-Hours Concerts series. The concert will be the group’s 11th annual run of St. Patrick’s season gigs.

Founder Ethan Sellers has guided the band through a number of line-up changes while maintaining a top-quality ensemble composed of some of the finest Irish and Scottish musicians in the Chicago area.

Character Fleadh is currently in pre-production for a collaborative album that blends its traditional songs and instrumentation with Chicago-based progressive rock band Tautologic’s intricate and genre-bending arrangements.

The After-Hours Concerts at Lansing Public Library are all free, and they all take place on the stage in the upper level of the library. Doors open at 6:00pm, and the concerts begin at 6:30pm. The final concert of the series is scheduled for April 5, featuring soul music by Chicago Soul Revue.

The Lansing Public Library is located at 2750 Indiana Avenue in Lansing, Illinois.