CHICAGO HEIGHTS, Ill. (December 29, 2018) – Marian Catholic High School in Chicago Heights, Illinois, will welcome professional wrestling stars from around the world for Warrior Wrestling 3 on Saturday, January 5. The family-friendly wrestling event will serve as a fundraiser for scholarships for students as well as a “fun-raiser” for the school community and surrounding area.

The main event for the evening will feature Brian Cage, the star of Impact Wrestling on PopTV, defending the Warrior Wrestling Championship against Bandido, the most popular luchador in independent wrestling. Bandido was part of the main event of “All In,” the biggest independent wrestling event in history, which drew 11,000 fans to the Sears Center in the Chicagoland area on September 1. 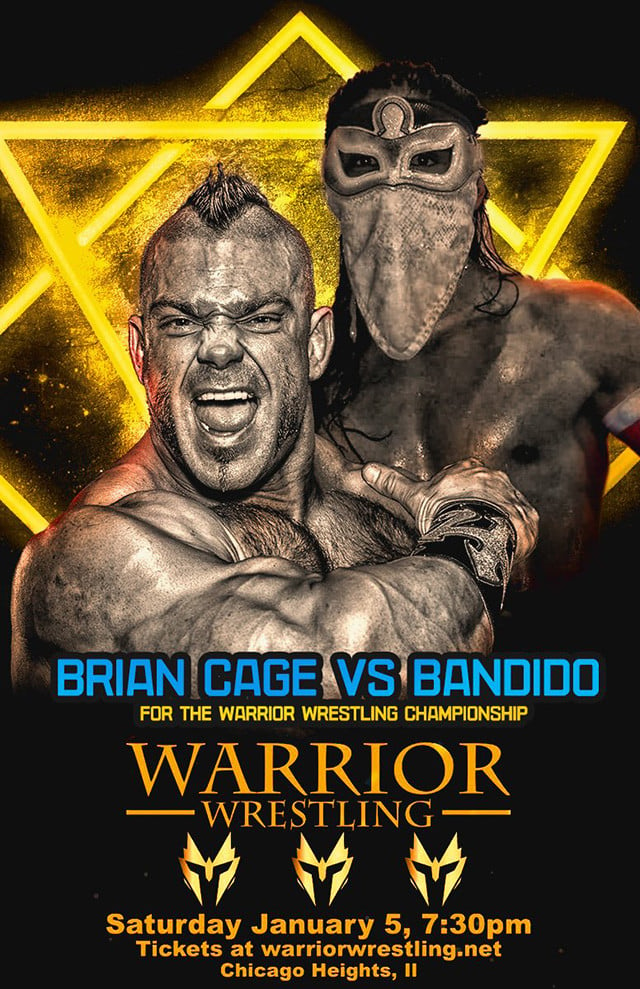 Warrior Wrestling 3 will also feature eight other wrestling matches with elite men and women from wrestling’s biggest organizations around the world, including WWE and Impact Wrestling in the United States, and AAA, CMLL, and The Crash in Mexico. Former WWE champions Austin Aries, Rich Swann, and Matt Sydal will be in action, and independent wrestling sensation A-Kid will journey from Spain to Chicago Heights specifically for the event. 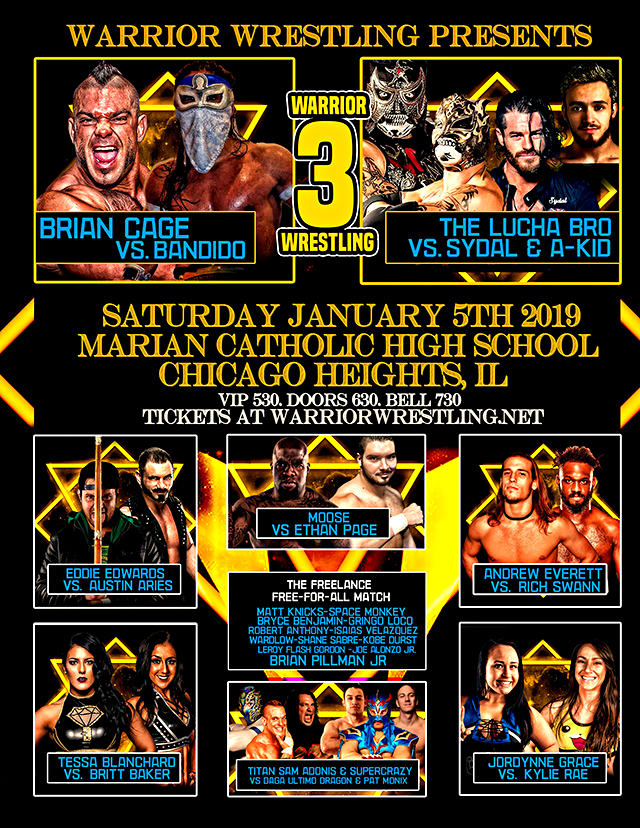 Tickets for Warrior Wrestling 3 can be purchased online at www.warriorwrestling.net. Prices range from $30 for general admission bleacher seats to $100 for first row ringside seats. Bell time is 7:30 on January 5, with doors opening to the public at 6:30.

A VIP Fan Fest will take place before the show from 5:30 to 7:15. The VIP Fan Fest will allow attendees to meet the wrestlers as well as take pictures and receive autographs. All autographs and pictures are free in the Fan Fest, and $25 admission tickets to the Fest are also available through the Warrior Wrestling website. The card is subject to change.

Food and concessions will be available for purchase, and for fans over 21, several local breweries will have their craft beer on tap.

All proceeds from the event go to provide scholarships for local students to attend Marian Catholic High School. Marian Catholic serves students from over 70 local communities, and the school strives to make tuition assistance available to students in need so that a Marian Catholic education can be accessible for them.