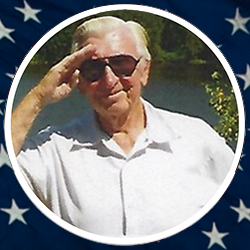 Frank T. Szulczewski, WWII Navy Veteran and retired union bricklayer of 50 years, ceded to Alzheimer’s on December 26, 2018, but not without a grand battle against that scourge. He was 91.

Frank grew up in Hegewisch, then lived and raised a family in Lansing, IL. He is survived by his wife of 67 years, Marge (nee Weil); sons Larry (Cathy) and David (Shari), and daughter Karen (Leonard); and sister Maryann Mierzwa. He was a special grandfather to Nick, Emilie, Mollie, and the late Michael, and great grandfather to Pierce. A beloved uncle to many.

He was born on July 9, 1927, to the late Frank M. and Mary (nee Podgorny). As a 1945 graduate of T.F. North High School, Frank enlisted in the Navy and began training at Great Lakes on May 4, 1945. He was discharged from active duty on July 25, 1946, as Ship’s Cook 3rd Class (E4), after serving on the USS LSM 329, earning the Victory Medal, Asiatic – Pacific Campaign, and American Campaign medals. As a bricklayer from union local no. 6 of Indiana, Frank was enormously proud of laying the first brick at the new T.F. South High School in 1957 in his hometown of Lansing. Frank retired after over 40 years at Calumet Flexicore of Hammond. He was a Cubs fan and a fervent Notre Dame supporter, following the team since the early days of game day radio only broadcasts. He relished the time spent with the grandchildren at Frank and Marge’s summer home in Hayward Lakes area of Northwest Wisconsin.

In lieu of flowers, please make donations in Frank’s name to the Disabled Veterans of America.