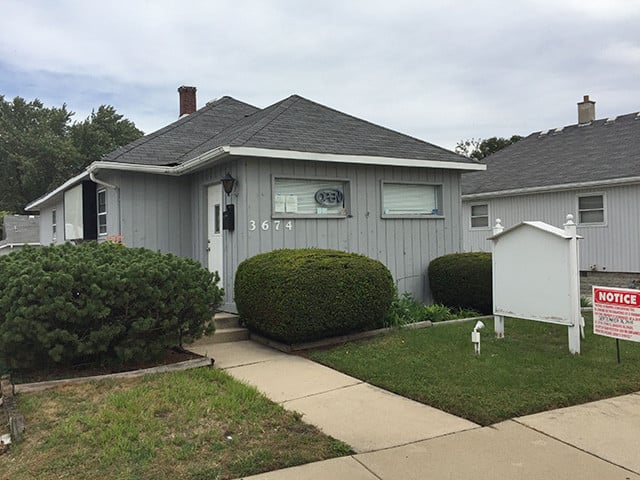 LANSING, Ill. (October 18, 2018) – At Tuesday night’s Board meeting, Village Trustees voted unanimously to deny VIP Lansing Spa Inc. a special use permit to operate a massage parlor at 3674 Ridge Road. The decision was the final step in preventing owner Seung Oh from opening a massage parlor at this location.

On September 26, the Planning and Zoning Board had voted unanimously to recommend that the Village Board deny granting a special use permit to Oh, who in 2012 was forced to close a Spa in Warren, Ohio due to police concerns about prostitution.

At that meeting and in the weeks since, multiple Lansing residents have come forward to advise against the granting of a special use permit to VIP Lansing Spa Inc.

Lansing currently hosts the maximum number of massage parlors allowed by village ordinances, and any attempt to open another such business requires a special use permit from the Village Board.

VIP Lansing Spa Inc. is the second massage-related business to request a special use permit to operate at 3674 Ridge Road, a former chiropractic office. The first was Lily’s Hot Stone Massage in March. Lily’s Hot Stone Massage was denied a special use permit to operate in Lansing due to prostitution-related concerns and the fact that it was not a registered LLC in Illinois.