LANSING, Ill. (October 17, 2018) – If you lived in Lansing 15 months ago, you may recall the anger, frustration, and confusion surrounding an incident that involved a white off-duty police officer and a black teenager. The incident was videoed by the black teen’s white friend, and the video went viral, bringing international attention to a newly elected administration in a diverse community.

Much of the online discussion in the weeks following the incident seemed to force people into choosing sides—either pro-police or anti-police—in spite of a number of factors that added some complexity to the issue:

Not all of these factors are apparent in the video that circulated, but police reports confirm that they were apparent to the four people involved in the situation.

Various Lansing residents—and people in neighboring communities—began gathering to discuss the incident and what it said about Lansing’s past, present, and future. As Timna Axel, Communications Manager for the Chicago Lawyers’ Committee for Civil Rights, reported last month, “Some saw police misconduct as only part of the problem. In a town where police officers and government officials were overwhelmingly White, community members wanted more transparency and greater civic literacy. They felt that the video could provide an opening to press for change.”

Elvis Slaughter, who serves on Lansing’s Police and Fire Commission, was part of a group of community leaders and clergy who became known as the Lansing Community Coalition. The Coalition, which also included members of the NAACP Chicago Far-South Suburban Branch, began meeting with Ken Bergeron, a mediator from the U. S. Department of Justice Community Relations Service (CRS). Bergeron also met with representatives from the Village and the Lansing Police Department.

Nearly eight weeks after the incident, the Village held a town-hall-style Community Meeting to discuss police/community relations in Lansing. Bergeron and Pastor Leroy Childress of Grace Church helped moderate the meeting, and members of the community were invited to voice concerns and offer ideas. The following list of concerns was generated at the meeting: 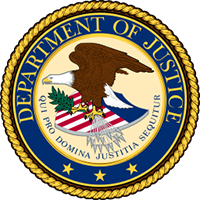 Following the Community Meeting, the Village, LPD, and the Coalition entered into an official, confidential process of mediation that was guided by Bergeron and lasted 10–12 months. As the Department of Justice website explains, “CRS (Community Relations Service) is not an investigatory or prosecutorial agency, and it does not have any law enforcement authority. …CRS works with state and local governments, private and public organizations, and community groups and leaders to prevent and resolve racial and ethnic tensions and civil disorders, and build communities’ capacity to resolve future similar conflicts.”

Though certain elements are common to any mediation, the specifics of each situation are determined by the parties involved. This too proved to be an area of some misunderstanding between the Coalition and the Village. For example, members of the Coalition were committed to what they believed would be a year-long series of collaborative meetings, while Village representatives felt that by the third meeting conversation was becoming repetitive and unnecessary.

Axel reported, “Many [from the Coalition] were pleasantly surprised by Police Chief Dennis Murrin, who seemed to welcome the dialogue and some of the proposed changes. Yet many of the concerns from the community forum [that is, the August 16 Community Meeting] were not reflected in the final Memorandum Of Understanding (MOU)—issues like de-escalation and mental health training for police, transparency and disclosure reforms, and diversity in government. Some community members quit the mediations, and others felt that in the Village was getting more concessions than residents.”

The Memorandum Of Understanding was signed on July 31, 2018, by six Coalition members, two NAACP representatives, Mayor Eidam, and Chief Murrin. The signing took place in a closed meeting at the Lansing Police Department that lasted approximately an hour. When the parties emerged, they gathered in the courtroom for a group photo. Members of the Coalition and Chief Murrin stayed to answer questions, while others quickly departed. (A PDF of the signed MOU can be downloaded here.)

“We came to the table because we love this town,” said Slaughter, and he expressed appreciation for Murrin’s willingness to work together toward improvement.

The current demographics of Lansing’s police force do not mirror the demographics of the broader community, and Murrin recognizes the need to find new networks to reach new people. Finding qualified candidates is a continual struggle, so Murrin welcomes help from the Coalition and the NAACP in casting a wider net for recruiting new police officers.

In August, Murrin provided these statistics about the 55 sworn police officers in the Lansing Police Department:

The most recent census data (2010) show that Lansing is 59% White and 32% African American, with a variety of other ethnicities all weighing in at less than 1% each. Hispanic or Latino of any race are 14% of Lansing’s population.

So if a similar incident happened again in Lansing, would it be handled differently? Many of the people involved in the recent mediation prefer not to discuss the past, focusing on the future instead. The energy in the room after the signing the MOU was collaborative and positive, and representatives from both sides expressed confidence that such an incident would not happen in Lansing again.

“It was a negative event,” said Murrin, “but it’s having a positive outcome.” Many of the responsibilities outlined in the MOU fall on Murrin, and he welcomes the assignment. “I’m looking forward to getting going with it,” he said soon after the signing.

Michelle Ford, another Lansing resident who participated in the mediation process, said she learned a lot through the experience. Though the process was at times tedious and confusing, she came out of it with a broader understanding of the roles of politics and citizenship, particularly at the local level.

Ford offered this advice to the greater Lansing community: “I hope we in Lansing have learned that the world can see us; we are not our own island. We want our town to be a nice place to live for all citizens. I hope the town knows certain behaviors won’t be tolerated and that the Lansing Community Coalition and Concerned Clergy will be watching and working, and we will not go away.”