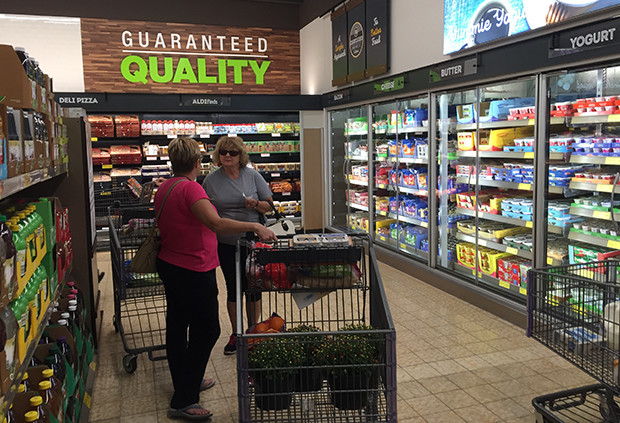 BATAVIA, Ill. (December 26, 2017) – ALDI wrapped up an unprecedented year of national accolades, winning awards for more than 200 ALDI-exclusive products in 2017.

“We’re honored each time ALDI wins an award,” said Jason Hart, ALDI CEO. “Nothing means more to us than the opinions of our customers. The recognitions mean our shoppers appreciate the quality of ALDI products and inspire us to keep bringing them the very best we can offer.”

ALDI products received more awards in 2017 than any previous year, including:

Additionally, Chefs In America awarded its highest distinction—the American Masters of Taste Gold Medal Endorsement—to 12 wines from ALDI (in addition to 69 other ALDI-exclusive products). The network of more than 6,500 corporate and executive chefs and food industry professionals endorse products that emphasize taste excellence and superior quality.