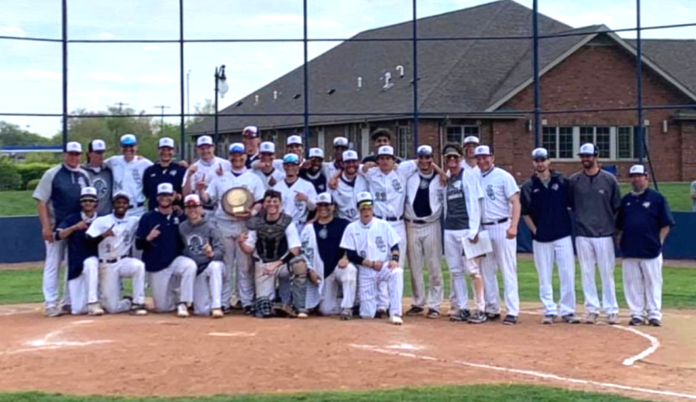 SOUTH HOLLAND, Ill. (May 17, 2021) – The South Suburban College Baseball Team captured their 13th Regional Championship on Friday following a 3-0 tournament sweep at Bulldog Stadium. The Bulldogs earned a 16-8 victory over Kishwaukee College, followed by 8-4 and 16-6 wins over Triton College. The Bulldogs improved their season record of 41-17 — the 12th time they have reached the 40-win mark in school history.

“I am very proud of the hard work and dedication this group of players and coaches have put in,” said Head Coach Steve Ruzich. “It’s been four years since our last title and it feels good to bring the Regional Championship back to SSC.”

In the 16-6 Championship win over Triton, the Bulldogs were led by a solid start from freshman RHP Tommy Windt, who gave up just 1 earned run in 7 innings to get the win. The Bulldogs struck early and often with a 5-run second inning capped by sophomore Logan Anderson’s bases clearing double. The rest of the offense was provided by Tommy Windt (3-4), Conner Tomasic (2-4), JJ Rivera (1-3 with 4 RBI) and Jake Mucha (1-3 with 3 RBI). South Suburban’s Conner Tomasic, RHP and IF, was named the Regional Tournament MVP. The sophomore was lights out on the mound with a win and 8 strikeouts while going 5-9 at the plate with 4 RBI for the Bulldogs.

The 2021 Baseball Team boasts one of the top offenses in school history with an overall team batting average of .342 and 558 total runs scored — both top 5 in the Bulldogs record book. The team also had a season high 15-game winning streak from March 10 – April 1.

“This has been the hardest working group of guys I have been around,” said Assistant Baseball Coach Marty Joyce. “We pushed them extremely hard this offseason, and they showed up every day with a willingness to get better. That is all you can ask for as a coach.”