NOTICE: Roughly six hours after Calumet City Police sent out the initial notice about Thomas Tate, the department released the following notice: “Mr. Tate has been located in southern Illinois. He is safe and his family is now making arrangements to bring him home. The department and his family would like to thank everyone for bringing attention to this situation.”

CALUMET CITY, Ill. (December 31, 2020) – Calumet City Police are asking for the public’s help as they investigate the Wednesday disappearance of a 59-year-old man suffering from early onset dementia. 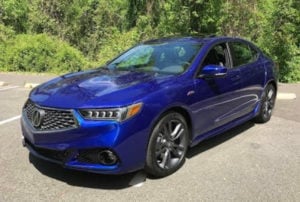 Thomas Tate was last seen driving a blue 2020 Acura TLX similar to the one in the photo at right. The vehicle has an Illinois license plate of BN85877.

His family said he left his home in the 400 block of Campbell Avenue around 2:30 p.m. Wednesday to visit relatives in the 9200 block of South University Avenue in Chicago. He never arrived. Mr. Tate suffers from early onset dementia and becomes easily confused when it gets dark outside.

Anyone with information should contact Calumet City Police at 708-868-2500.