LANSING, Ill. (December 17, 2020) – Police Chief Dennis Murrin was honored by the Village of Lansing Tuesday night in recognition of his 30 years of full-time service in the Lansing Police Department.

Murrin has been chief at the department since 2009 and his January 13, 2021 retirement date will mark exactly three decades of full-time service.

After initial comments from Eidam, the courtroom became the scene of a procession of about 50 police department officers and personnel, most of whom gave Murrin a brief hug or handshake as they made a circuit around the room. Murrin received a round of applause at the end of the procession.

The Village then played a three-and-a-half-minute long video featuring photos of Murrin during his time at the department before Mayor Eidam and Trustee Jerry Zeldenrust—both former police officers—presented Murrin with a plaque.

After his recognition, Murrin commented on his time as a Lansing police officer. “At seven or eight years old, I knew exactly what I wanted to do,” he said. “The only thing I ever wanted to do in life was to serve this Village and work for the Village. And the Village was here for me at fifteen-and-a-half-years old to offer me a cadet program.

“The people along the way, and the relationships we’ve had, the residents we’ve served—I couldn’t do any of it without them. There were some tough years here in the past seven or eight years, [but] the residents were behind our police department. I can’t thank them enough,” Murrin said. 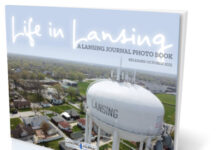 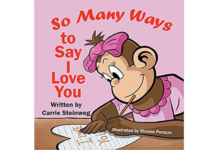