This story is an online exclusive and will not appear in any future print issues of The Lansing Journal. To receive stories like this in your inbox every day, please subscribe to our daily news email.

LANSING, Ill. (January 18, 2020) – A video entitled “What To Do When Stopped By The Police” will be making its debut at TF South High School during this semester, the final step in a collaborative process between the Village, the Lansing Police Department, and TF South that started in July of 2018. The video can be viewed here.

Produced by LNN (Lansing Neighborhood Network), the video features TF South students and Lansing police officers acting out a variety of common situations, including a street stop, a traffic stop, and a car search, and suggests best practices for how to respond to each situation. The video also includes an open discussion between three Lansing police officers and three TF South students about police-related issues.

A video for understanding

Galvanized by a 2017 incident involving a white off-duty police officer and an African-American teenager, the Village of Lansing and the Lansing Police Department entered into a Memorandum of Understanding (MOU) with the Lansing Community Coalition and the South Suburban Branch of the NAACP (National Association for the Advancement of Colored People) in July of 2018. The MOU states, “The intent of the parties and purpose of this MOU is to improve police community relations, build trust and cooperation for the benefit of all the people in Lansing, Illinois. The parties agree to work collaboratively for the benefit of the community, in a spirit of mutual cooperation and community reconciliation.”

The first meeting for this project occurred in July 2018, and filming began in October of the same year. A first draft of the video was previewed in January 2019, and Village Communication Director Ken Reynolds described it as “missing something.” In May of 2019, open discussions between Lansing police and TF South students were shot, and LNN added them to the video.

Police Chief Dennis Murrin said that the Lansing Police Department was already invested in community policing before the MOU, but he felt that youth engagement was an area in which the department could grow.

“There’s always work to be done in building trust, but this was a big step towards pulling in the younger students and adults into our community policing program,” Murrin said. “This piece was missing and now we have it, and I hope it’ll generate some interest among the young adults.”

TF South principal Jacob Gourley, who was heavily involved in the project, said, “The key thing for me was, we want kids to not just watch [the video], but we want it to launch a dialogue.”

The video was debuted at a viewing party in December at TF South. All students and LPD officers who were involved in the project were invited, as well as village officials, LNN staff, and some TF South staff. Principal Gourley provided pizza and refreshments for attendees. Mayor Eidam was present at the viewing party as well. Following the viewing, Village Communications Director Ken Reynolds led a discussion among the officers and students present to hear their reaction to the video and discuss how it might be used in a classroom setting.

There are three common police interactions shown in the video: a walking stop during the day, a traffic stop at night, and a car stop and search. Each situation contains three sub-scenarios. The first is how the ideal encounter with the police should look, the second is how the encounter might look if the police officer acts inappropriately, and the third is how the encounter might look if the people the officer is stopping act inappropriately. During each sub-scenario, text explanations appear on the screen to provide additional information.

For example, one scene shows an officer being rude to a student during a walking stop, and the onscreen text reads, “If you come across an officer with a bad attitude, try your best to remain calm and not escalate the situation.” In the opposite scenario, where the student is acting inappropriately, one of the text boxes reads, “Running from the scene will only cause more problems, including possibly getting arrested.”

Following each of the three common situations, the video transitions to an open discussion between Lansing officers and TF south students who engage with some of the ideas shown in the scenarios on a deeper level. The video also features narration and explanation by Lieutenant Scott Bailey and TF South student Jelani Smith.

Chief Murrin said that in particular, he hopes the video will clear up confusion about what kind of information an officer will ask for during a traffic stop, what the difference is between probable cause and consent during a search, and how to make a police interaction as smooth as possible.

Principal Gourley said, “The kids are always very interested in search and seizure, fourth amendment kind of stuff, and they want to do a lot more of that.”

The video is a half hour long but took over a year to plan and produce. The length of the process was influenced, in part, by the number of parties involved in the project. The Village of Lansing, TF South, Lansing PD, and LNN (which is a Village entity but operates as its own organization) all had to communicate extensively and align their goals in order to achieve a final product that satisfied everyone.

“Of all the projects I’ve been involved with since starting with the Village, this is easily the one I’m most proud to say now belongs to Lansing. Both Mayor Eidam and Chief Murrin were instrumental in monitoring the progress of this project given its importance to the success of the MOU. Special thanks go to Deputy Police Chief Steve Roberts and IT [and LNN] Director Fabian Newman for their tireless efforts in making this finished product be a true collaboration of important police information and perspective combined with true input and participation from the TFS student representatives. Principal Jake Gourley at TFS was also an important voice in helping guide how the video will be best utilized within the classroom setting. Additionally, Neil Murphy and the crew at LNN deserve special recognition for making the idea come to life.”

Reynolds also praised the TF South students and Lansing police officers for their hours of involvement and commitment as actors and discussion leaders in the video.

Both students and officers collaborated for many cumulative hours throughout the process and had conversations beyond those shown on camera.

Principal Gourley said, “Probably the coolest thing that was really impressive to me…was during the planning and production, the conversations between the youth and the police officers, just about life and stereotypes, and why certain kids feel a certain way. Obviously the finished product is a very good thing, but witnessing those conversations was very refreshing too.”

Current TF South senior Mason Fowler, who played the role of an intoxicated driver and was a part of the open discussions in the video, agreed with Gourley and said he enjoyed the personal connections he was able to make with Lansing police officers.

“I liked that I was able to socialize with the police force on a very casual level, because most of the time, whenever you interact with a police officer people tend to associate that with negativity,” Fowler said. “Whenever I see cop cars now, I tend to—if they’re looking—raise my hand and say hi. It definitely changed my perspective a lot.”

According to Gourley, the video will be adopted into this semester’s history and government curriculum. He says the video will fit nicely into a civics class that each junior is required to take, and because of its structure it can be viewed in one class period or broken up into multiple lessons.

Both Gourley and Chief Murrin foresee a police officer being present during the viewings and subsequent discussions to answer questions, whether it is school resource officer David Bell or another officer.

“That’s the crucial part. To just have the video and not show it to anybody and not have any discussion—that doesn’t do any good…. I’m eager to get that started and implemented,” Murrin said.

Murrin believes that many officers in the department have already seen the video but will make sure that every officer takes the time to watch it to ensure each is on the same page with what students are learning.

In general, he hopes the video will promote a greater sense of understanding and cooperation between Lansing police and Lansing youth.

“Speaking globally, I think there’s a bad sentiment towards the police,” Murrin said, “I think this video just demonstrates that we’re people too and out there to do a job. This paints a clear picture for everybody that we’re human and there are ways to make an encounter with the police better and not make it worse. I think that all comes into play in the video.”

Fowler agrees and thinks serious viewers will learn from the video. “Some people may not take the video seriously,” he said,”but I feel like for those people that really do pay attention to what goes on around them and actually get deep into thought about certain situations like this, I think they’ll see the video and see a side of the [police] force that they never have before, and hopefully get a glimpse of the positivity that comes along with all of these men and women that serve for us.”

The Village hopes that in addition to providing the Lansing Police Department with a valuable training resource, the video will serve to build mutual respect in police/teen interactions. Reynolds said, “That respect will make interactions between the two groups more productive and less confrontational. The inclusion of LPD officers in classroom settings (when possible) will help lend the police perspective to the instructional setting and help offer balanced perspectives in presentations.”

The video was directed by LNN’s Neil Murphy. Murphy and LNN director Fabian Newman produced the film. David Boomker, Evan Frystak, and Steve Blaski served as crew on the project.

The Lansing Police Department is located at 2710 E 170th Street. 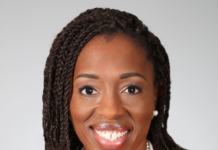