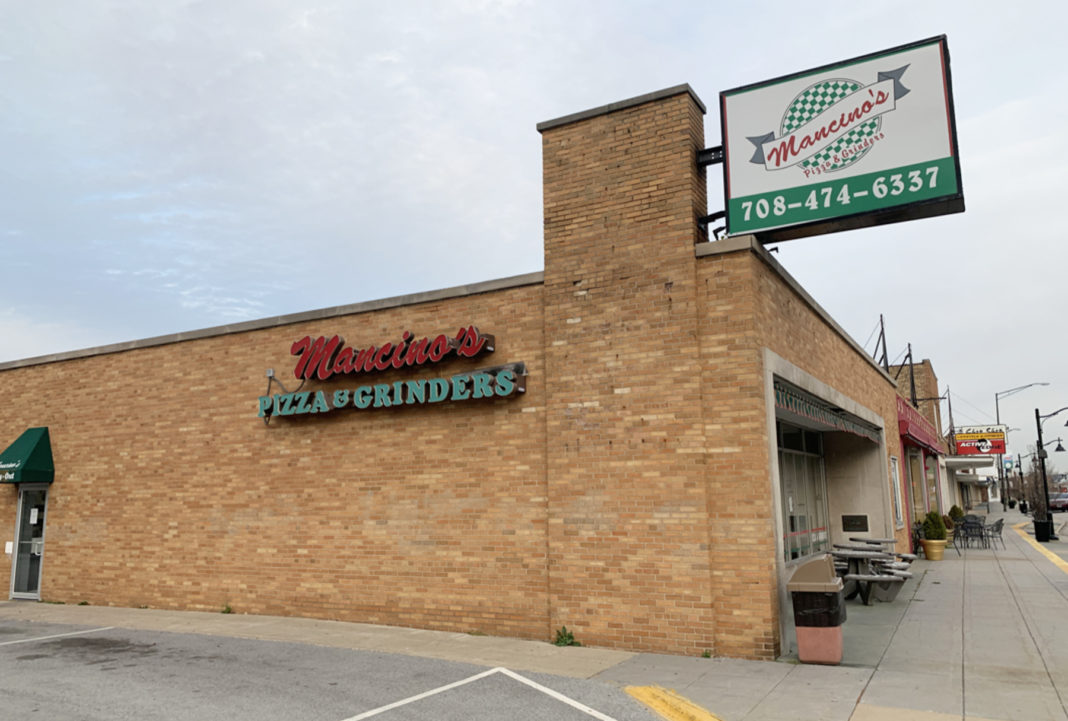 Some tax bills will quadruple, leaving businesses with tough choices

LANSING, Ill. (November 20, 2020) – High taxes are no surprise to Illinois residents—bemoaning the government’s cut of income, sales, property, etc. is a regular part of life. But in a year full of unprecedented happenings, some Lansing businesses have seen an unprecedented spike in their property taxes, forcing them to consider what options are available to keep their businesses afloat.

How bad is it?

The severity of the taxes—which will be billed next year—varies from business to business. Some businesses will pay the same as past years, others may pay less. Many, however, are faced with taxes that have drastically increased.

The property on the northeast corner of Roy Street and Ridge Road (3300 Ridge Road), for example, houses Mancino’s Pizza & Grinders, Ooo Wee Chicken & Ribs, The Lansing Area Chamber of Commerce, and soon The Pour on Roy. In 2019, the building had a total estimated market value of $218,384. The 2020 assessment of the property determined the property’s estimated market value to be $866,572, nearly four times the previous market value. Assuming the equalized tax rate in Lansing will remain similar to what it was last year, Jim Todd, the owner of the property, will owe over $123,000 in property taxes next year—quadrupling the roughly $31,000 he owed this year.

How are property taxes calculated?

The process of determining the tax owed on a property starts with the Cook County Assessor’s office. In Cook County, properties are assessed every three years, and 2020 is the year Lansing was reassessed. The property assessment determines a property’s estimated market value. The Assessor’s office then takes a property’s estimated market value and multiplies it by 25% to get the total assessed value of the property. For residences, the Assessor multiplies the market value by 10%. That Assessed Value is then multiplied by an equalizer (2.916 for Cook County this year) to get the equalized assessed value, which is subsequently multiplied by the local tax rate—including taxes for school districts, park districts, villages, townships, Cook County, and other bodies. The tax rate for Todd’s corner property at 3300 Ridge Road is 19.52%, which, at the end of the equation, yields a tax bill for that property of over $123,000.

Todd isn’t the only one facing a tax spike. Business owners all over Lansing are being confronted with increased tax bills in 2021. The table below shows just a few of the businesses that will face increased taxes next year. The Cook County Assessor’s website lists the assessment values of any Lansing address.

Reactions to the raises

“There’s never been anything like this increase,” said Tony Rosati, owner of the Lansing Sport Shop, located on the downtown stretch of Ridge Road (3265 Ridge Road). “We’ve had 20 and 30 percent increases and gone to the tax lawyer and gotten reductions, and paid the fees. But when you’re talking triple…there’s really something going on, something that, unfortunately, as a business owner, you have no control over.” Rosati’s increase from this year to next will not be 20% or 30%, but approximately 213%.

“I don’t know anybody that hasn’t lost 20% of their business already this year because of the pandemic, and then to have this tax bill hit you in the face in September, it’s like ‘What do you do?'” Rosati said.

A block west at Towne Interiors, owner Don Vander Zee said his property tax increase—approximately 45%—is among the highest he’s ever seen. “It’s disheartening. It’s one of those things where you just don’t understand how they can expect that,” he said. “My feeling on this is, it’s a game. It’s truly a game, and it’s sad that we elect officials that expect that kind of an increase.”

When Jim Todd saw his property assessment this year, he laughed. “I was shocked. I just couldn’t believe it, I thought there had been a mistake. But it’s clearly not a mistake,” he said.

Jim’s sister Amy Todd co-owns Mancino’s Pizza & Grinders with Jim and their brother John, and is also the Director of the Lansing Area Chamber of Commerce. “This assessment just was such a slap in the face on top of COVID, on top of the devastation that all of these small businesses, especially, have seen,” she said. “It’s devastating to people who put their blood, sweat, and tears into these small businesses. …I can’t believe that this is happening.”

How can assessments be so high?

While many business owners take care to improve the value of their businesses and property, having their property increase in value two, three, or four times over in the course of three years is extreme.

Bill Sandrick is the founder of Sandrick Law Firm in South Holland, and has spent 29 years helping businesses with property taxes. He said, “I can tell you, I’ve never seen the amount of substantial increases, increases where 100%—a doubling—of your assessment is normal. Normally, that would be an outlier.”

Sandrick said properties in the south suburbs are traditionally thought to be “undervalued, but over-taxed.” In other words, assessments may determine properties to be worth less than they actually are, but the tax rate is high, meaning the two factors balance each other out. This most recent assessment, he says, has disturbed that balance, with properties being assessed at rates that they’ve never been valued at before, with the tax rate not decreasing.

“There was sort of a recognition with previous assessors, that [they would] keep that balance between value and tax, but also between commercial and residential. Well, that all went out the window for 2020,” Sandrick said. Cook County Assessor Fritz Kaegi took office in late 2018, replacing Joe Berrios, who had manned the Assessor’s helm since 2010.

“It’s sort of the perfect storm,” Sandrick said. “You have assessments going up 100%, … you have continuing tax rates that have probably doubled over the last ten years or so, and then you throw in COVID.”

The assessed value of Sandrick’s own building in South Holland nearly tripled this year.

Jim Todd is no stranger to having his property taxes increase. For over a decade, Jim has been using Sandrick Law Firm to file the necessary appeals to combat increasing assessment values. In fact, each business included in the above table has appealed its assessment values multiple times in the last ten years. With such high increases this year, however, it’s possible that even the appeal process could be too expensive for some businesses.

“All of this tax money that could be used to help better our local communities is going off to attorneys that rub shoulders with the politicians,” Vander Zee said. He has not used Sandrick Law Firm for property tax appeal representation, but says the attorneys he does use have fought hard for him, and he has been happy with their results.

The standard rate for legal fees regarding property tax representation is one-third of the difference between the original assessment and the final assessment. For example, if Sandrick Law Firm were to successfully reduce Jim Todd’s assessment from $216,643 to last year’s amount of $54,596 (which would be unlikely), Todd would, in a typical arrangement, owe Sandrick Law Firm upwards of $54,000—more than Todd’s entire property tax bill last year.

Understanding the traditional model to be cost-prohibitive for many clients, Sandrick said he will discount nearly all of his legal services for struggling businesses this year. “It’s not anyone’s fault they got walloped,” he said.

Looking to the border—and the future

Sandrick said multi-use buildings, like some in downtown Lansing, are assessed at a 10% rate instead of 25% because they have residential spaces in them. This is generally not permissible in Lansing, however, and the existing buildings that have such arrangements have been grandfathered in.

Given the lack of good options for many Lansing businesses, some are looking to seemingly greener pastures in Indiana. Lansing Village Trustee Brian Hardy owns Chicago’s Finest Ironworks in Lansing, and is facing a property tax increase of approximately 160% next year. Although he’s been in business in Lansing for 33 years and his heart is in Lansing, he’s being forced to consider alternatives. “I still feel obligated, honestly, to stay here because this is where I started my business,” Hardy said, “but if my taxes continues to keep going the way they do, I have no choice. It’s a financial choice that I would have to leave. I financially would not be able to stay.”

Vander Zee, whose tax increase next year is not as drastic as Todd’s, Hardy’s, or Rosati’s, says he plans to keep fighting, though he acknowledged he’s entertained thoughts about a border-crossing. “I plan on being here [in Lansing], and I just fight it and do it. That’s just how I operate, but never say never. I’ll fully commit until I don’t,” he said.

Lansing’s proximity to the neighboring state makes property tax spikes especially difficult, as some businesses just a stone’s throw across the border are bound to a much lower tax rate. For example, Strack & Van Til, a large grocery store in Munster, owed less than $100,000 in taxes this year. That means Strack & Van Til paid tens of thousands of dollars less in taxes than what Jim Todd owes in 2021—for a property that is 13 times larger than Todd’s in square footage.

Todd said he and his siblings have no intention of paying the quadrupled property tax next year, and he has chosen to not restart an appeal process. “We’ve made a conscious decision that we’re not going to pay the property taxes going forward which will, of course, put the property into a tax lien,” Todd said. “We’re prepared to walk away if we have to, or move the business. If we move the business, of course it’s going to be across the border.”

“I think this reassessment is going to devastate Lansing in the next couple years,” Todd continued. “Unfortunately, we’ve been here for 22 years in this location and our days are numbered,”

“What options do we have?” said Tony Rosati of Lansing Sport Shop, which has been in Lansing since 1954. “I thought I, at least, would be here for at least several more years, but I just can’t see, under these circumstances, this being something that we’ll be able to hang onto for more than a few years.”

“Over the next three, to five, to ten years, if I had a crystal ball, what is it going to look like here?” Hardy said. “I don’t want it to look like a ghost town. I want this to still be a very viable place for people to live, shop, and everything else. So I’m hoping that this is a way for us to get started to say, ‘What do we really need to do?’—you know, all the politicians in Cook County to start saying, ‘Let’s look at the long-term progress and what can we do to keep businesses here?'”

Stories like this are so important to our community! And we need community support in order to keep researching, reporting, publishing, and delivering them. Will you make a contribution today?

And sign up for local news in your morning email:

Surplus equipment, training, and more offered at The Bunker on Ridge Road