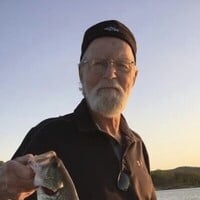 Don was a graduate of T.F. South High School in Lansing, IL. He served his country in the Air Force and was stationed in South Korea. He worked at Republic Steel as an electrician for many years and then moved on to have his own business ventures. Don was an employee at Sherwin Williams in Matteson, IL at the time of his passing. He was an enthusiastic collector of cars, with special expertise in detail painting of them. He also had a deep love of fishing and boating, especially on Lake Michigan, which began many years ago with trips on the water with his mom and dad. That love carried into many fishing trips that he shared with his wife, Patti.

Don is preceded in death by his parents: Donald and Catherine (Sytsma) DeYoung. He is survived by his beloved wife of 52 years Patricia DeYoung of Dyer, IN; his beloved dog, Smokey, and his macaw, Bailey. Also surviving is his sister: Marsha Coleman of Noblesville, IN; brother-in-law: Philip Korem and wife Karen of Kimberling City, MO; brother-in-law: Robert Korem and his wife Naomi of Munster, IN; and several nieces and nephews, who fondly referred to Don as “Uncle Duck”.

Cremation was handled under the direction of Schroeder-Lauer Funeral Home in Lansing, IL. A private Celebration of Life will be held at a later date.

The Lansing Journal publishes local obituaries online and includes them in our Daily News email to subscribers. We do this as a service to our community and do not charge for it, but we welcome donations.

Use this button to choose the price you are able to pay: