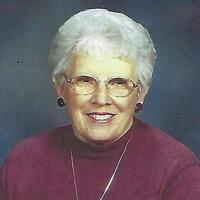 Fran was retired from the Lansing Country Club where she worked in the office for 17 years. She was an avid Girl Scouter and was a Brownie, Junior, Cadet, and Senior leader. She served on the Girl Scout Board, was Neighborhood Chairman and served for 15 years as secretary to the Penny Carnival Committee.

Fran was also active in the American Legion Auxiliary for Edward Schultz Post 697. She was an officer and served two terms as President and 10 years as secretary. Even into her 90s she continued to sell poppies on Poppy Day. She was a charter member of the Eisenhower School PTA and served in several offices. She was also a hospital volunteer serving 7 ½ years at Community Hospital in Munster, IN.

A memorial service for Fran will be held at a later date.