LANSING, Ill. (June 14, 2020) – In February, Pastor Thaddeus Searcy looked at an empty high school and said he hoped to have Easter services there. Nearly four months later, the COVID-19 pandemic has forced him and his church to change course in the interest of health and safety.

Searcy, who is the pastor of Freedom Church Ministries, shared his hopes and dreams for the former Illiana Christian High School campus with The Lansing Journal just a few days after the church signed the final agreement to purchase the building, which had been vacant for a year and a half. (Read that story here.)

At that time he and the church were hoping to open the doors of the remodeled campus to host a full house for Easter Sunday. COVID-19 waylaid those plans. Like many churches, Freedom Church switched to an online video format, and tried to make the experience for viewers as interesting as possible.

“We wanted to create visual art in the sermons,” said Searcy, who, along with Youth Pastor Keith Alexander, is featured in weekly online messages, all of which are available at the church’s website. Some messages were filmed outdoors, some indoors, and one was filmed in the deconstructed gym where the Freedom Church sanctuary has since been built.

As disappointed as Searcy was not to be preaching to hundreds of congregants in Lansing on Easter, he is proud of the message Freedom Church created for that Sunday. He said, “It was a production piece around stress and anxiety of the COVID at the time. You can remember how heavy it was then, and we were afraid of other people and the stores. All of us were kind of being faced with the thought of our own mortality, so we did a piece related to that just to bring people hope. I wouldn’t call it a service. I would just call it a lament—but a hopeful one—to turn things back around to fix our gaze on the resurrection of Christ.”

Now that the pandemic has been keeping people indoors for months, Searcy is worried about his congregants staying healthy—both mentally and physically. “I’m actually more concerned about mental health—when people are being isolated, when they don’t have relationships with one another, when they’re in fear, where there’s this uncertainty about the future,” he said. “So I’m hoping that we can provide something that will allow people to come out of their homes in a safe way where some of those ills that are probably plaguing our people right now would go away.”

The timeline for re-opening is still uncertain for Freedom Church and many other Lansing churches, but one thing is certain: Searcy’s congregants will be shocked by how much has changed at 2261 Indiana Avenue since it served as the background of an online March video message.

Since the church opened six years ago, it has not had a space of its own, renting from a movie theater in Country Club Hills for about a year when it first started and then renting from Woodlands Community Church in the same town.

The south doors along the Ridge Road parking lot will be the main entrance of Freedom Church. The hallway that used to connect the smaller and larger gyms at Illiana is now the lobby and welcome area.

Perhaps the most dramatic change to the campus is what used to be the smaller of the two gyms. Where there used to be bleachers and baskets, now there are a new floor, dramatic lighting, 500 chairs, a tech booth, and a large screen on a remodeled stage.

Next door to the sanctuary sits the old Illiana dining hall, which will be used as a room for banquets, weddings, funerals, and other events.

Classrooms on the second floor will host the church’s youth of all ages—from infant through high school. The former band/choir room has been fitted to serve as a youth room. Many of the spaces have been painted with the Freedom Church shade of green and the hallway floor has been painted to look like a road.

“The bones of the building were great. Most of the stuff we had to do was cosmetic,” Searcy said. The church created a registry for the nursery and the space is filling up with items.

Searcy and other church staff will have their offices in the same space where the Illiana administration had theirs—though remodeling in this area is not currently a top priority. “The timeframe has just dramatically slowed down due to COVID,” Searcy explained.

The kitchen is still a work in progress as well, and Searcy said that someone had already donated all the necessary appliances. The old locker room will now host special media projects with a seamless white wall that’s nearly finished. “You ever seen Apple [presentations] where they come out and they’re talking but it looks like it’s endless? That’s what these walls will be,” Searcy said.

Though much of the old campus looks drastically different, just as much is unchanged. “We set out to rehab the parts that we need for our services,” Searcy said. He is hopeful that the campus will someday have other inhabitants besides Freedom Church, such as a nonprofit that can make use of the old shop spaces and possibly a school as well.

As much as Searcy would like to allow his church family to break in the new space, he realizes that COVID restrictions won’t allow for it. With a congregation as large as Freedom Church’s, having only 50 people at a time is not ideal. Searcy says he’s been taking cues from some Indiana churches, where restrictions have already been loosened.

When the church does gather again, he says, things will be different. He anticipates not having children’s church, having families sit together and apart from others, and recommending masks to all those who attend. As for when this next step can take place, Searcy said the decision will be one made among the church community, saying, “I really want to get a consensus before moving forward. That way it’s a decision we’ve all made.”

Apart from the difficulties of COVID-19, Searcy acknowledges that the racial unrest as a result of George Floyd’s May 25 death at the hands of Minneapolis police has also been a challenge for him and the church. He says he “did not expect to be walking in marches and having these discussions over and over” at the same time as the church is finishing its remodeling work. He called the conversations he’s had with people “exhausting but necessary” and says he’s doing his best to promote a message of “embracing every culture as people of value.”

When asked what he looks forward to when things return to semi-normal, he mentioned seeing the looks on his congregants’ faces when they experience the new spaces. “But it’s not just seeing their faces,” he said. “It’s seeing people that have made it through a pandemic and the worship that comes out of that, and seeing people that have walked through heavy racial tension…. The sense of worship after what we’ve walked through these last four months—how do you preach in that environment? I don’t think I preach, I think I just put a mic up and I say, ‘Tell me your stories.’”

As work nears completion at a beautiful church that will sit empty for the immediate future, Searcy is nevertheless positive about Freedom Church’s next steps. He said, “2020 has been an interesting year to say the least. It’s exhausting but yet we realize that this work has to be done. And I’m hoping that in the midst of all the hopelessness, the chaos, the anxiety, the depression, and the worry, that we offer people the same hope we’ve been talking about since we started—the hope of Christ and how God’s still in control.” 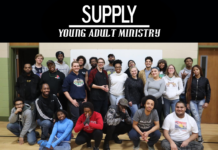 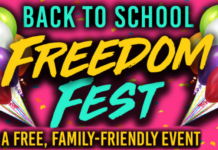