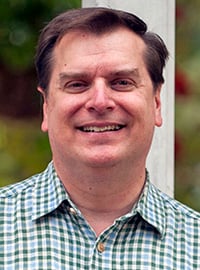 by Philip Potempa,
Director of Marketing,
Theatre at the Center
and The Center for Visual and Performing Arts

MUNSTER, Ind. (March 21, 2020) – Theatre at the Center has been so grateful to our many patrons and season subscribers who continue to be so supportive and patient with us—especially our box office team—as we adapt our programming for the coming months and plan for what performances are down the road for our audiences to anticipate.

This 2020 year is extra special for Theatre at the Center since it marks the 30th anniversary of our theater space, which continues to rank as Northwest Indiana’s only professional equity theater experience. Not only are we working hard to adapt our programming given the incredible events that are unfolding in the lives of everyone, we are also looking to 2021 to plan the next season of shows, which is a bright opportunity to focus on for the future.

For centuries, theater and stage entertainment have been a welcome respite allowing for a few hours of escape and enjoyment, even during moments of concern throughout history, and we will be ready to raise the curtain and invite guests back to their seats as soon as time allows for the safety and well-being of our stage talent, staff, and patrons.

Adjustments to the schedule

After Indiana Governor Holcomb’s directive on Thursday, March 12, prohibiting gatherings over 250 people, Theatre at the Center and The Center for Visual and Performing Arts made the decision to suspend all public events and performances through April 29.

Theatre at the Center immediately canceled all the remaining mainstage performances of Almost Heaven: John Denver’s America for March 13-22. In addition, the following special event performances have also been canceled:

The Ultimate Doo-Wop Show on April 5 presented by Henry Farag has been postponed and will be rescheduled at a later date to be announced.

All Theatre KIDS classes have been suspended, as has the Theatre for Young Audience run of Aladdin scheduled for April 11-19, and The Prince and Princess Party in the CVPA Dining Room on April 18.

The TATC 30th Anniversary Big Band Concerts and Dinner on April 18 have also been canceled.

The safety and health of our patrons, performers, and staff is our highest priority.

As a nonprofit organization, we are asking all ticket holders if they would like to convert the value of these tickets to a tax-deductible donation to help offset the Theatre at the Center’s significant loss of revenue during this difficult period. We are also prepared to issue a gift certificate in the amount of your purchase that will be good for any of our future performances. At this time, all events after April 29 will remain in place.

For questions about Theatre at the Center cancellations, please contact the box office at 219-836-3255. During this time, the CVPA lobby and box office will be open from 9:00am to 5:00pm, Monday through Friday, closed on weekends through April 29.

Theatre at the Center is located inside the Center for Visual and Performing Arts at 1040 Ridge Road in Munster, Indiana, 46321. 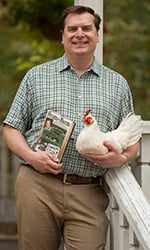 PHILIP POTEMPA is Marketing Director at Theatre at the Center. His “Of Notoriety” entertainment column and his weekly “From the Farm” recipe column and other feature stories appear in The Post-Tribune and the Chicago Tribune’s newspaper chain as well as at www.chicagotribune.com. He began covering entertainment in Indiana, Michigan, and Illinois for The South Bend Tribune in 1992, before joining The Times of Northwest Indiana and Illinois in 1995 where he worked for two decades as a features writer and daily entertainment newspaper columnist.

Audiences at Theatre at the Center also know Philip from his “From the Farm” stage cooking shows and last year’s a one-afternoon-only charity performance of A.R. Gurney’s Love Letters. He is author of four published books chronicling stories, interviews, recipes, and memories from his personal and professional experiences. In October, he published his fourth book, Back From the Farm (2010 Pediment Press), continuing to share with readers his journalism journey while featuring favorite celebrated recollections from his interviews.

Philip is an adjunct instructor in communications at both Valparaiso University and Purdue University Northwest. When not lecturing in a classroom or in a theater seat, he divides his time between his family’s farm in Northwest Indiana and his home in Chicago.