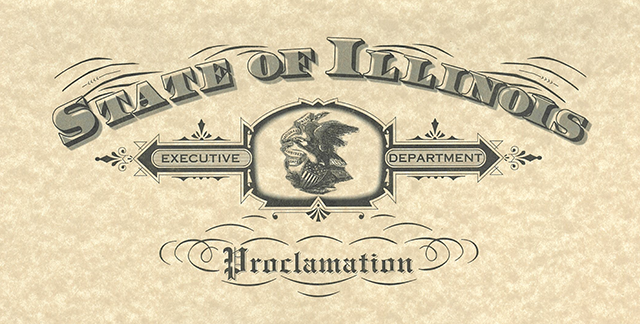 “Secretary of State Jesse White has set a tremendous example for all of us to follow—not just as a public servant, but as a neighbor, a mentor, and a friend,” said Governor Pritzker. “On behalf of a grateful state, today we honor Secretary White’s dedication to lifting up our youth, to giving hope and inspiration to so many parents and families, a cause that stretches back before he ever swore an oath of office.”

An Alton, Illinois, native, Secretary White began his lifelong commitment to public service in in 1958 as a paratrooper in the US Army’s 101st Airborne Division and has served as a member of the Illinois National Guard and Reserve. Upon his return, he spent over three decades at Chicago Public Schools. White served 16 years in the Illinois General Assembly before becoming the Cook County Recorder of Deeds and Illinois Secretary of State, a post he’s honorably held since 1999. White is the longest-serving Secretary of State and the state’s first African American man elected to the position. For the past 60 years and counting, he has led the Jesse White Tumbling Team, a program that has served over 18,000 children in Illinois.

The Governor’s proclamation honoring Secretary White is available as a PDF here.