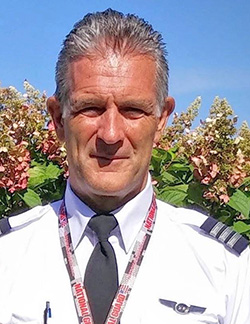 A loving husband to Kim and step-father to Kyle Seaman and Kate Schilling. Beloved son of Marvin and Nancy Lyzenga of Munster, IN. Also survived by his brother Dan (Julie) Lyzenga of Lansing, IL; sisters Sandy (Bill) Vree of Lansing, IL; Kristy (John) Crider of Dyer, IN; and Barb (Paul) Bakker of Lansing, IL. He is also lovingly survived by his mother-in-law Marklyn Boucher and father-in-law Robert Hermes, and grandchildren Kyleigh Seaman, Tristin, Hudson, Elle Schilling, and numerous nieces and nephews.

Friends may view a photo presentation honoring Steve’s life at 6:45pm on Friday, November 8, at Bethel Church, 3500 Glenwood-Lansing Rd in Lansing, with a memorial service directly following at 7:00pm. Rev. Joel Nederhood will officiate the service, and cake and coffee will be served afterward, giving family and friends an opportunity to share memories. Steve will be laid to rest at Arlington National Cemetery.

Steve’s military background included Marines, Air Force, and most recently Army Guard. As an Air Force F-16 pilot and on later mission trips he visited 63 countries. He spent his life in service of God and country, and he is now at rest in the arms of his heavenly Father.

It is the desire of the Lyzenga family that you keep them in your thoughts and prayers.