CHICAGO HEIGHTS, Ill. (October 16, 2019) – On Friday, October 18, at 7:20pm, Marian Catholic High School will conduct a special ceremony in memory of Lt. Commander Patrick J. Murphy (’81) who was killed on September 11, 2001, when a plane crashed into the Pentagon. The American flag flown over the US Capitol Building at the request of Illinois Congresswoman Robin Kelly will be presented and raised on the flag pole dedicated to Lt. Murphy while the Marian Catholic Band plays the National Anthem. An honor guard will fire a volley of three in Lt. Murphy’s honor, followed by the sounding of Taps.

Patrick Murphy grew up in Olympia Fields and attended elementary school at Infant Jesus of Prague in Flossmoor. He was a member of the Marian Catholic football team for four years, playing offensive lineman. After graduating from Marian Catholic High School in 1981, Murphy signed up for ROTC and attended the University of Mississippi, where he earned a Bachelor’s of Science in Chemical Engineering. In May 1986, he was commissioned an Ensign in the Navy in the Nuclear Propulsion program. 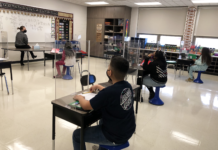