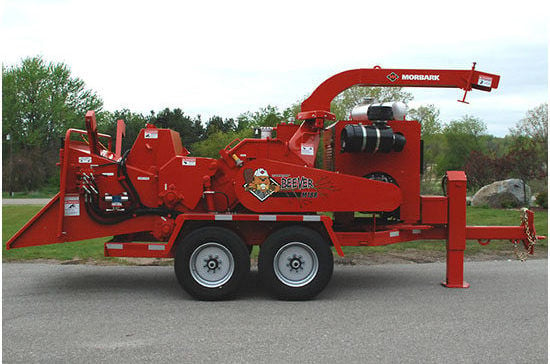 LANSING, Ill (April 18, 2019) – The Village Board voted unanimously to adopt two resolutions during its April 16 meeting allowing Lansing Public Works to purchase a wood chipper and a digital communication system.

The current chipper employed by the Public Works Department is over ten years old and gets used almost daily during the summer months.

“The past month or so I’ve been assessing equipment, and the chipper that we have here—will it make it through another summer? I don’t know. On a regular, constant basis for what I want to do, it may not. But it can be used as a backup—and that’s what I plan on doing with it.”

The idea to purchase a new chipper stems from Richardson’s desire to make tree trimming and tree removal a more prominent part of the department’s services.

Richardson says the new machine will be more efficient than the old one, hopefully allowing Public Works to serve more Lansing residents.

Public Works Director Gary Richardson first brought the proposal before the Village Board Committee of the Whole on March 19.

The following information is taken from the Village of Lansing website regarding tree branch services: “As time and weather permit, Public Works will circulate throughout the Village to pick up branches no bigger than a 4″ diameter with their wood chipper. Please stack branches neatly with the cut end to the road. This service is meant as a pruning/storm damage service.”

This service occurs in Lansing on the same day that garbage is collected.

The Village Board also approved the purchase of a Diga-Talk communication system. The systems uses push-to-talk devices as a modern two-way radio, and will allow Public Works employees to contact each other more easily, according to Richardson.

Currently, employees use smartphones to communicate, which can cause problems when they are driving or doing tasks that make pulling out and answering a phone difficult.

“We work in some dangerous situations—I don’t think people always understand. My water department, my sewer department—these guys go down in sewers and holes. I’m down in a hole and I have to figure out my phone to make a phone call?” said Richardson while shaking his head.

He is also hopeful that this addition will allow the department to respond to situations faster and more effectively, thereby serving residents better.

According to Richardson, the Public Works Department used to have two-way radios in their trucks, but most are not in use anymore. Having a two-way radio that can be tracked with a GPS signal will be worthwhile for the department, he says.

At the April 16 meeting, the Village Board approved the purchase of 22 Diga-Talk units, costing a total of $5,730. At the March 19 Committee of the Whole Meeting, Richardson suggested using the savings from the under-budget chipper purchase to pay for the radio system.

Immediately before the vote on April 16, trustees Maureen Grady-Perovich and Brian Hardy asked some clarifying questions regarding the ongoing use of Public Works smartphones. Richardson and Lansing Director of Technology Fabian Newman explained that employees will continue to use their smartphones for internet purposes, as well as overnight communication needs when the Diga-Talk systems must be left at the Public Works garage.