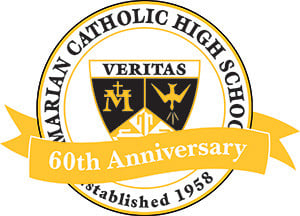 Other Chicago-area high schools have also been featured on ABC 7, and now the viewing public is being asked to vote for the school with the “Best School Spirit.”

Information from ABC 7 says, “Friends of Marian Catholic High School can make sure their school is recognized for their school spirit by voting on Thursday, October 25 from 7:00am to 7:00pm on abc7chicago.com and the ABC7 Chicago News App. The winning school will be awarded a trophy Friday, October 26, at the end of the 6:00am newscast.”