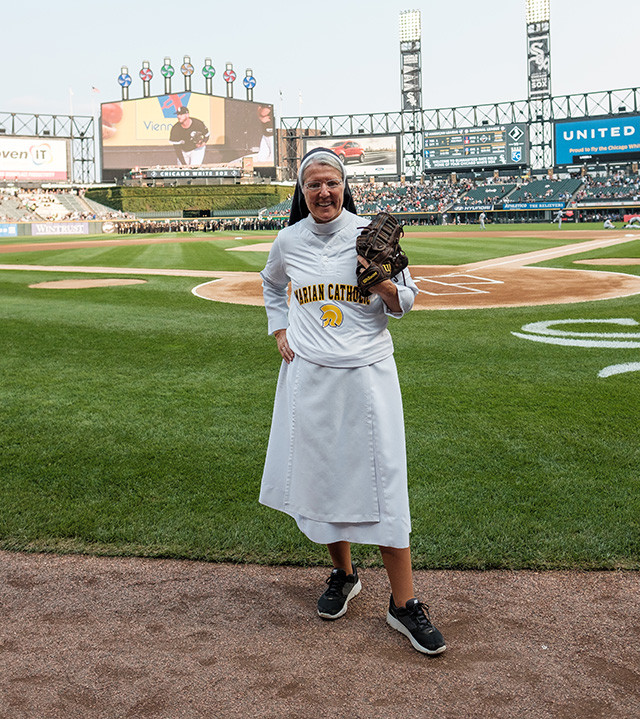 Dominican Sister to throw out ceremonial first pitch this weekend

Approximately a month after she shocked the baseball world with her ceremonial first pitch at the Chicago White Sox game on August 18, Sister Mary Jo has been asked to take the mound again before Saturday’s game. The White Sox will take on the Chicago Cubs in the largely attended Crosstown Cup series at 6:10pm.

Since her first trip to the mound, Sister Mary Jo has had a whirlwind tour that has allowed her to spread her message of her love for God and sports to the world. Additionally, her motto, “Do your best and let God do the rest” has resonated with her students at Marian Catholic and with the many people she has spoken to since she went viral. She has appeared on Good Morning America, Inside Edition, Fox & Friends, and other media outlets.

Video: Melanie, a helicopter, and a bucket of golf balls