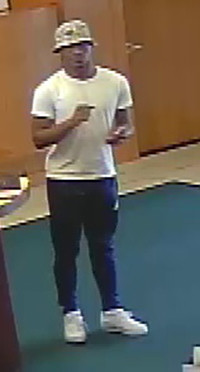 LANSING, Ill. (August 2, 2018) – Today at approximately 11:12am, the Lansing Police Department responded to a hold-up alarm at First Savings Bank of Hegewisch, located at 18207 Burnham Avenue in Lansing.

Officers responded to the business and met with the employees. Officers were advised that one suspect entered the bank around 11:12am. The suspect is described as an African-American male in his late 20s to early 30s, between 5’5″ and 5’6″ tall, of average build, and wearing a white fisherman’s type hat, a white shirt, dark pants, and white shoes. The suspect handed an employee a threatening note, then retracted the note and exited the business. No money was given to the suspect, and no one was hurt during the incident. The suspect was last seen walking south on Burnham Avenue in the 18200 block. The Chicago office of the FBI was notified of the incident. 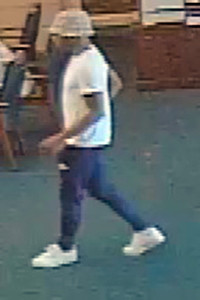