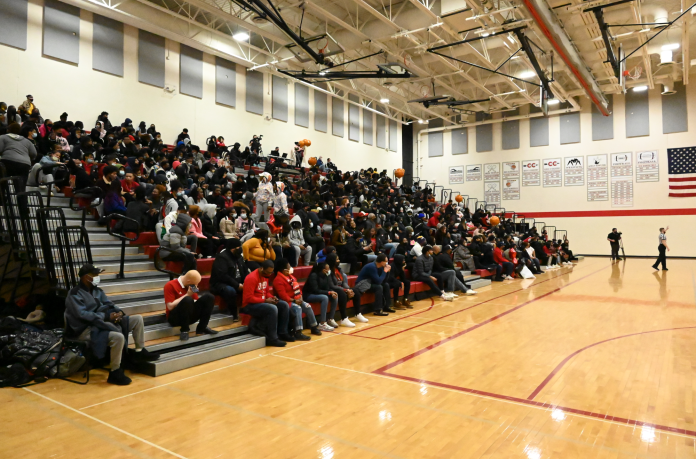 LANSING, Ill. (February 13, 2022) — It’s been since 1979 that the TF South Girls Basketball team won a conference title, coach Eric Bryce said. With the team’s win on Tuesday, that streak if officially ended.

TF South was led by Tariya Wright’s 17 points, as well as 12 points and 9 rebounds from Tatiana Lawson, and 10 points from Angelina Bobbitt.

Tariya Wright had 9 points, and Jaiden Thompson and Cherish Boothe each had 8 points.

TF South was led in scoring by Vincent Payne with 18 points, Xavier Lewis with 10 points and Romello Ali with 8 points.

The TFS Sports calendar is available on il8to18.com/ThorntonFractionalSouth. TF South is located at 18500 Burnham Avenue in Lansing.

Become one of the 95 people we need to contribute to TFS sports coverage. Use this form: