LANSING, Ill. (November 5, 2021) – A special all-female Honor Flight took off from Midway Airport on October 6, 2021, and three Lansing residents were aboard. Lansing Mayor Patty Eidam (who chose not to be interviewed), Vita Barber (whom we delivered a letter to and who has not yet replied), and Valorie Harris. Valorie agreed to meet with The Lansing Journal and share her experience on Operation HerStory, as the flight was called.

Helpful links referred to in our conversation with Valorie are included below:

The Lansing Journal has covered Honor Flight in a variety of stories, which can be found by clicking the search icon and typing “Honor Flight.” Most recently, we interviewed John Bush, who participated in the August 18, 2021, Honor Flight:

Information about monuments in Washington DC

This is the organization Valorie joined and is very active with.

Every World War II, Korean War, and Vietnam War veteran in Chicagoland is invited to apply to travel with Honor Flight Chicago to Washington DC for a day of honor and remembrance: 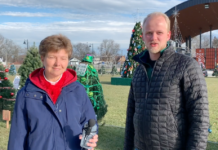 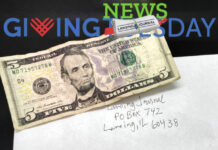 A great way to end November

My phone call with Mildred