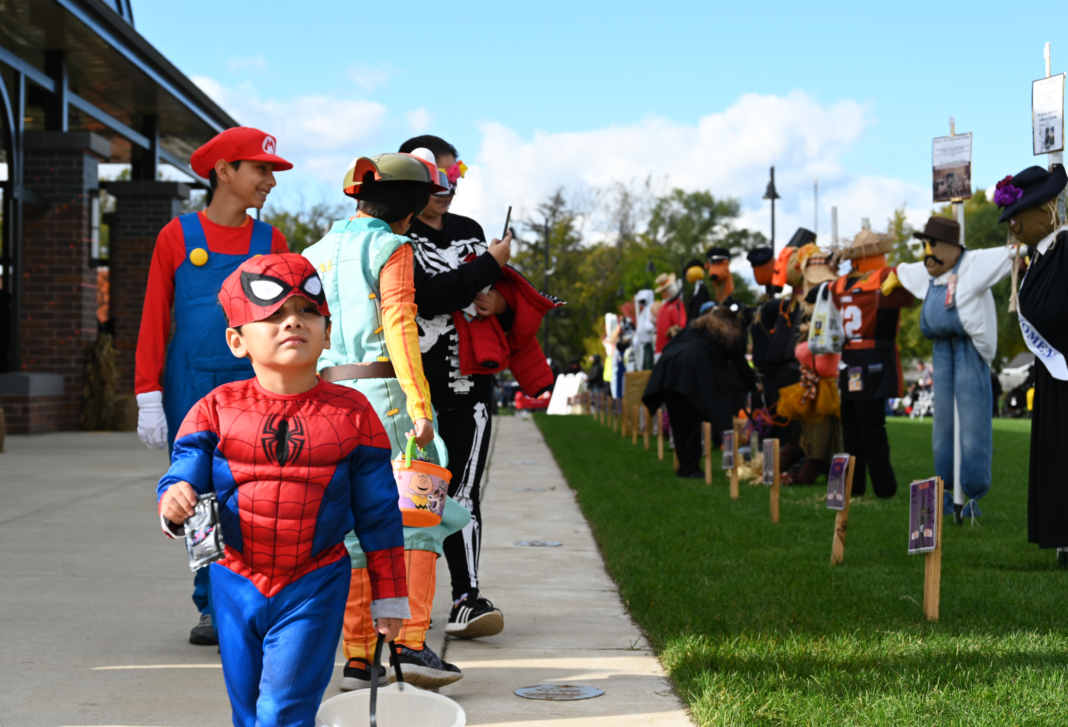 LANSING, Ill. (October 31, 2021) — All Hallow’s afternoon at Fox Pointe was inundated with hundreds of families of trick-or-treaters. The costumed kids’ hunger for sweets galore was satisfied by the willing volunteers who represented Lansing businesses and organizations.

Seen at the Pointe were grim reapers, werewolves, and killer clowns, as well as Michael Myerses, Jason Vorheeses, and Ghostfaces. But for every ghoulish guest there were also Avengers, wicked witches, Disney princesses, the Red Queen’s Court, and the classic but lovable white sheet ghost.

While collecting and devouring their sweet rewards, guests enjoyed the entries in the scarecrow contest. Each scarecrow was made with care by local families or organizations. Dressed and lined up in an orderly fashion, the scarecrows consist of a play on words with foxes, a devilish Cruella, a freaky Frankenstein, a fancy pumpkin headed lad, and an uncanny bagged fellow — just to name a few. Which pole-stranded friend was considered the best looking by over 400 voters? The gruesome creation by Jack Hajduch, who took home $100 as a prize.

Those who were unable to join the fun Halloween handouts at Fox Pointe — or who choose to watch their pillow cases bulge even farther — travelled around Lansing during the Village-wide trick-or-treat from 4–7 p.m.

Fox Pointe is located at 18138 Henry Street in Lansing.