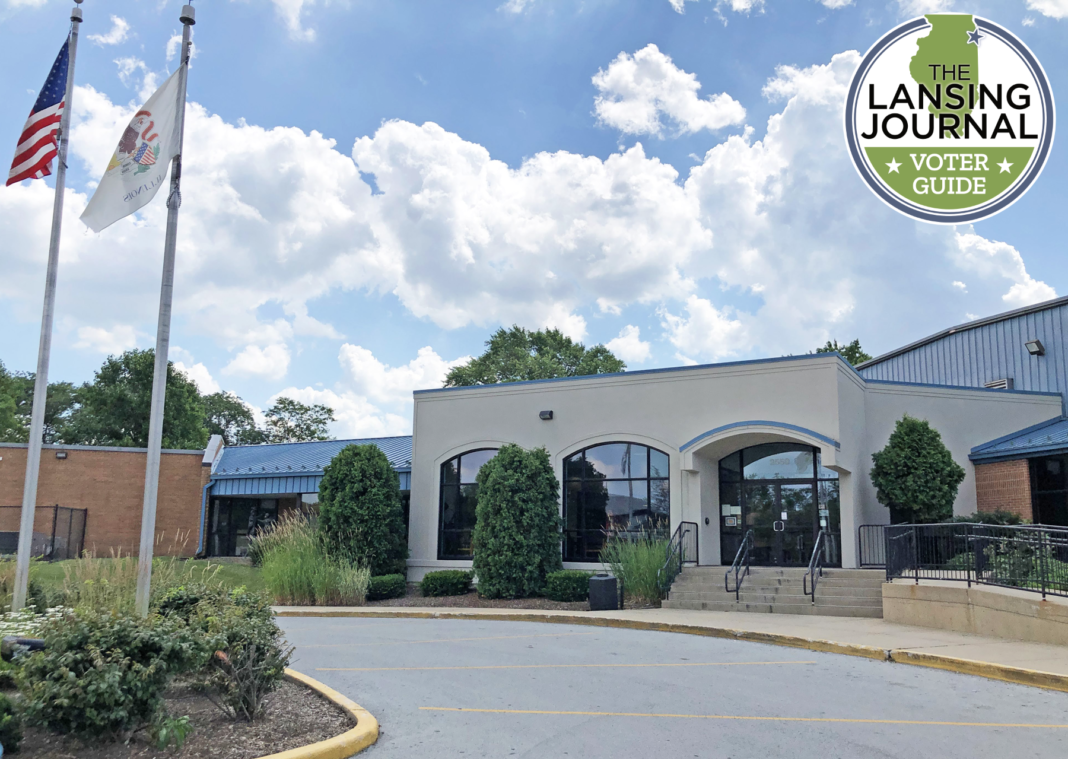 Background: The Lansing Journal made efforts to contact all candidates in the April 6 election to gather information to share with Lansing voters. Using a “candidate info form,” we asked the same questions of each local office seeker. Answers were prepared and submitted by the candidates. We have been sharing the info race by race in a series of “Voter Guide” posts.

LANSING, Ill. (March 4, 2021) – The Lan-Oak Park Board is in charge of overseeing and enhancing all of Lansing’s parks, its bike path, the Eisenhower Community Center, and the Eisenhower Fitness Center.

Why Lan-Oak Park Board elections matter

Parks and community spaces are important to local residents. As a taxing body, the Lan-Oak Park District uses tax money from the community to upkeep and maintain parks and facilities throughout Lansing.

The Lan-Oak Park Board is responsible for policy decisions in the park district, as well as establishing a budget for how money should be spent. The board has also heard complaints and comments from local residents in the past about park use, and in recent months has had discussions on how best to utilize facilities during the pandemic.

The individual below is the name voters will see on the April 6 ballot for the Lan-Oak Park Board elections. Trustees serve a six-year term. Though there are two open six-year terms in this year’s election, only one person is running.

The vacant seat will be filled by board appointment and approval. In addition, two current Lan-Oak Park District Board members, Jim Long and Micaela Smith, are running for other public office. Jim Long is running for Lansing School District 158 Board in an uncontested election. When Long becomes a District 158 Board member, he will be forced to resign his position as a Lan-Oak Park Board Commissioner.

Micaela Smith is running in a contested race for Village of Lansing Trustee. If Smith wins her election, she will be forced to resign her position as a Park Board Commissioner.

According to Lan-Oak Park District Superintendent Sharon Desjardins, if both Smith and Long win their elections to other public bodies on April 6, the remaining Lan-Oak Park Board commissioners—John Kelly and Robert Tropp—will be responsible for appointing new commissioners to fill both positions. Those appointments would be in addition to the vacant seat that will be left as a result of the election, making for three total appointments to the Lan-Oak Park Board by Kelly and Tropp.

The Lan-Oak Park Board elections will be held on April 6, 2021. The Lan-Oak Park District offices are located in the Eisenhower Community and Fitness Center at 2550 178th Street, Lansing, IL.

The Lansing Journal will continue to cover local election news ahead of the April 6 elections. Lansing Journal subscribers receive an email every morning with all of the previous day’s headlines, meaning they won’t miss any election-related news. Consider joining the thousands of people who have benefited from balanced, trustworthy, community-building news and sign up today:

Paragon Freight promises to be a good neighbor ahead of Village Board rezoning decision, but some residents aren’t so sure