Editor’s note: It takes a team of professional writers to cover Lansing news and contribute articles to the daily online edition as well as the monthly print issue. I asked our contributors to choose a favorite story from the past year and explain what made it special for them. 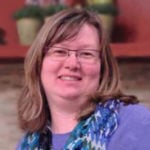 It’s now been 20 years since I published my first piece and became a freelance writer. Each year I have the opportunity to write about a diverse range of topics for different audiences. Some of the most enjoyable articles I’ve written have been about local people and events in my community for The Lansing Journal. The definite standout topic from 2019 was the 112th birthday of CP Crawford, a resident of Tri-State Nursing Home (2500 175th Street).

I first covered his birthday gathering at the nursing home, which was attended by Village officials and community activist/Dolton Trustee Andrew Holmes. Several Chicago television news stations also showed up to get footage. As I did research later that evening, it seemed that CP wasn’t only the oldest resident of Lansing, but also the second oldest person in Illinois, and the oldest living male in the country, although his age was marked as “unverified.”

A few weeks later I got an email from a member of the Chicago White Sox PR staff whom I’d worked with in the past. He’d come across my article on CP online and invited me to cover a birthday party the team was throwing for him. It was quite an afternoon watching him get he royal treatment from his favorite team.

I wrote an article on CP’s day at Guaranteed Rate Field and dug further, doing a phone interview with Robert Young, Director of Supercentenarian Research and Database Division with the Gerontology Research Group, and Senior Consultant for Gerontology for Guinness World Records. Young told me that there was a “good chance” CP was the oldest living male in America. However, he wouldn’t be listed as so without a request by family and documents to confirm his age. The most I could find was that he was listed in a 1910 census report, but it’s likely he never had a birth certificate since his home state of Mississippi didn’t start a statewide registry until 1912.

After the article printed I stopped by the nursing home to drop off copies to Activity Director Sheila Huff—along with a case of CP’s favorite soda, Orange Crush. (I reached out to the company, too, to tell them about their oldest customer. They responded that they’d be sending him some product and swag.) I gave Huff some contact info to pass on to CP’s family with the hope that his age could be verified, which would keep him in the records after he passed away. Unfortunately, with no family in the area to request verification, it didn’t happen. CP passed away in November, two months after his 112th birthday.

It was great to have the opportunity to write about our local celebrity and his longevity—a man who never attended school and began working in cotton fields at age 4; who lived through the Great Depression, segregation, two World Wars, and much more; who became a supercentenarian who always rooted for the White Sox, drank Orange Crush whenever he could, and decided that minding his own business was the way to live.

Holmes help raised funeral funds, and the White Sox covered the rest of the cost for his December 19 memorial service and burial. CP was buried in the custom White Sox jersey he’d received this past summer along with the foul ball that was given to him at the game by a fan sitting nearby.

Carrie Steinweg is an example of the kind of relationship-building journalism that sets The Lansing Journal apart. We report on our community because we care about our community. Subscribe to our Daily News email to receive community reporting from Carrie Steinweg and our other contributors each morning: