30th anniversary season to include musical journeys to the mountains of Colorado, the jazz clubs of Harlem, the elfin workshops of the North Pole, and more

MUNSTER, Ind. (September 18, 2019) – “I wanted to make sure to have something for everyone,” said Artistic Director Linda Fortunato about the 30th-anniversary season at Theatre at the Center (TATC). “We’ll travel through many eras and styles to capture the joy of theatre and celebrate the way wonderful storytelling and music bring us together.”

An August 18 preview of the upcoming season offered a sampling of the music and dialogue in the five shows, including a few of the actual cast members. The samples were enough to stoke interest, and season ticket sales for 2020 have exceeded previous years. 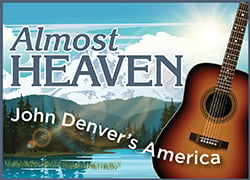 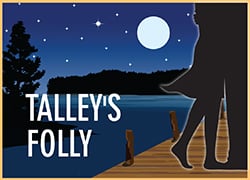 Talley’s Folly, a Pulitzer Prize-winning romantic comedy by Lanford Wilson, tells the story of one night in the lives of two unlikely sweethearts. Matt—bookish, honest, and delightfully funny—tries to relieve Sally’s fears that her family would never approve of their marriage. With charm and wit, they face their differences while revealing secrets and finding strength in each other. This funny and sweet love story stars two real-life sweethearts—Artistic Director Linda Fortunato and Chicago favorite Sean Fortunato. Talley’s Folly is directed by David New. 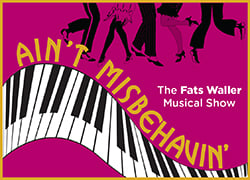 Ain’t Misbehavin’, by Murray Horwitz and Richard Maltby Jr., is a musical revue that will transport audiences to a nightclub during the Harlem Renaissance, where the music and excitement of the 1920s and 30s are in the spotlight courtesy of the great Thomas Wright “Fats” Waller. Fun, rowdy, and soulful music captures the varied moods of the era in this Tony Award-winning Best Musical with toe-tapping songs like “Honeysuckle Rose,” “I Can’t Give You Anything But Love,” “Mean to Me,” and “The Joint is Jumpin’.” Ain’t Misbehavin’ is directed by Daryl Brooks. 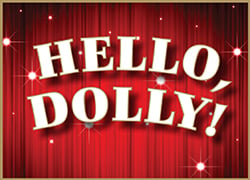 Hello Dolly!—music and lyrics by Jerry Herman with book by Michael Stewart and directed by Linda Fortunato—is bursting with humor, dance, and romance in one of the most enduring and best-loved musicals of all time. This Tony Award-winning classic will star E. Faye Butler—the internationally-acclaimed actress and 7-time Jeff Award winner—in the title role of the irrepressible matchmaker Dolly Levi. The joyful musical features favorite songs like “Before the Parade Passes By,” “Ribbons Down My Back,” and, of course, “Hello, Dolly!” 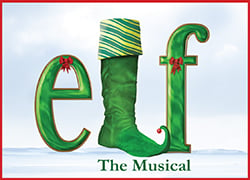 Elf, The Musical—with book by Thomas Meehan and Bob Martin with music by Matthew Sklar and lyrics by Chad Begueline—is a hilarious and charming musical based on the 2003 movie. Raised by Santa’s elves, Buddy the Elf is unaware he is actually human until his enormous size and poor toy-making ability make it impossible to ignore. He embarks on a journey to New York City to find his father and discover his true identity. This modern-day Christmas favorite will have both kids and adults lighting up with laughter, embracing their inner Elf, and rediscovering what it means to be a family. Elf, The Musical is directed by Linda Fortunato.

New season subscription sales begin October 8, 2019. Individual tickets for any of the five 2020 Mainstage shows are on sale beginning December 10, 2019.

Individual ticket prices range from $42–$46. To purchase individual tickets, call the Box Office at 219-836-3255 or Tickets.com at 800-511-1552 as authorized ticket agents to avoid fraudulent third-party ticket broker websites and outlets.

Student tickets are $20. Group discounts are available for groups of 11 or more. Gift certificates are also available.

Founded in 1991, the 410-seat Theatre at the Center is a year-round professional theater at its home in The Center for Visual and Performing Arts, 1040 Ridge Road, Munster, Indiana. Theatre at the Center is the only professional theater company in Northwest Indiana, offering Broadway-style performances, special event concerts, and family programming all in an elegant and accessible venue with plenty of free parking. Visit www.TheatreAtTheCenter.com for more information.