CHICAGO, Ill. (August 6, 2019) – Governor JB Pritzker enacted a Medicaid overhaul on August 5 to increase the timeliness of applications, redeterminations, and payments to providers and to decrease the number of Medicaid claims denials.

“In the past few years, Illinois has seen too many people who qualify for healthcare coverage needlessly knocked off the system and unable to get medical care,” said Governor Pritzker. “Healthcare is a right for all, not a privilege. Today we are making sure taxpayers are getting more of what they’re paying for, and we are advancing healthcare for vulnerable people who need it most.”

Crafted by the bipartisan, bicameral Medicaid Legislative Working Group, SB 1321 enables key state agencies—the Dept. on Aging, Dept. of Healthcare and Family Services, Dept. of Human Services and Dept. of Innovation and Technology—o lead an aggressive cross-agency effort to expand access to healthcare for low-income Illinoisans and eliminate the application backlog that had grown to more than 120,000 people under the previous administration. Since taking office, the Pritzker administration has already reduced the backlog to 95,000 applications—a 20 percent reduction.

Taking effect immediately, the new law centralizes claims from providers to Managed Care Organizations (MCOs) in order to increase transparency and accountability. HFS will set up a new claims clearinghouse, allowing the department to collect and analyze data and better adjudicate claims. HFS will also create a dispute resolution process and be the arbiter in disagreements between providers and MCOs about payment disputes.

MCOs will report their Medical Loss Ratio (MLR), which includes premium revenue, benefit expense, direct paid claims, and other details on payments and recoveries. They must also continually update their roster of providers within 30 days.

The new law mandates a full review of the Medicaid redetermination process to identify changes that will allow more patients to be renewed automatically and ensure patients are maintaining the highest continuum of care possible.

HFS will develop and seek federal approval for ex parte determinations and redeterminations utilizing accessible data from eligibility for other public programs, as well as an ACA Medicaid eligibility streamlining policy, altering the reasonable compatibility standard from 5 percent to 10 percent. Income eligibility for Medicaid will now only require one pay stub. Copays will be relaxed so HFS is not required to charge the maximum copay under current federal standards.

Illinois began the transition to Medicaid managed care starting in 2011, starting with 30 counties and expanding to all 102 counties with the launch of HealthChoice Illinois in January 2018. About 2.1 million of Illinois’ 2.9 million Medicaid members are now in managed care.

As the state’s largest source of health coverage, more than three million Illinoisans rely on Medicaid to meet their healthcare needs. 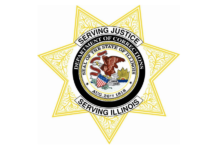