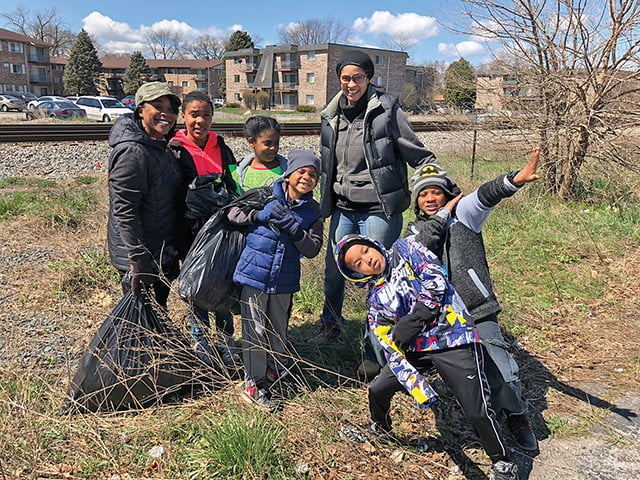 photos and text BY Melanie Jongsma

Payne organized the volunteers into groups, equipped them with garbage bags and recycling bags, and sent them to 28 locations around the village, some of which were known litter sites and others that had been specifically requested by residents. For two hours, the groups picked up trash and recyclables along roadways, around railroad tracks, and throughout empty fields. After depositing their filled bags at the side of a road—so they would be collected by Public Works—the volunteers convened at the First Church pavilion, where grilled hot dogs and hamburgers awaited them.