a clipping from the 1962 Lansing Journal, provided by Terry Kapteyn 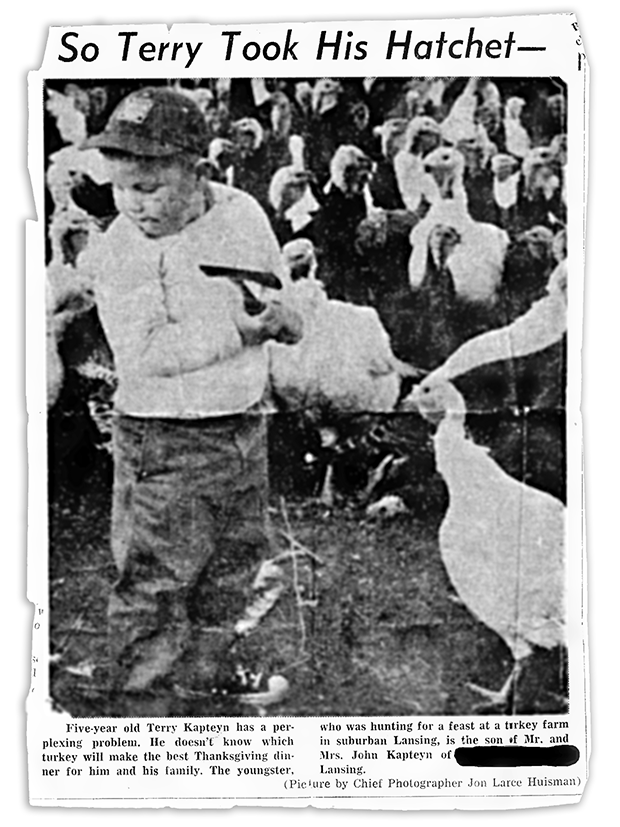 The photographer of this image is listed as Jon Huisman. Huisman started as a flyboy at the Lansing Journal while he was a junior at Illiana Christian High School. Upon graduation he began working full-time in the print shop—typesetting, washing the presses, gluing, cutting, and collating—all work that was done by hand at the time. He got his first photography assignment when Carl Wulfing, the owner of the newspaper, decided to go on vacation. “He asked me if I would ‘take some pictures,'” remembers Huisman. “‘Use your imagination,’ he told me. So I was the photographer for a week, and when Carl came back, he told me, ‘Ya done good.'”

The paper grew, and Huisman continued to add experience and skills to his resume. “I learned by doing,” he says. Eventually the Chicago Daily Calumet bought the paper, and they kept Huisman on as the Lansing Editor for two years. He and his staff put out an 8–12 page newspaper every day, focusing on just the south side of Chicago. “It was an experience of a lifetime,” says Huisman, “to put out a daily community newspaper.”

Huisman went on to teach journalism at Illiana, where he gave hundreds of students the opportunity to “learn by doing”—photography, interviewing, researching, writing, proofing, page layout, and discussing the impact of the written word.