LANSING, Ill. (January 22, 2022) – The January 25 public hearing and regular meeting of the District 215 School Board will take place at 6 p.m. in person at the Thornton Fractional Center for Academics and Technology. The full board packet and materials for the meeting, including all exhibits and other relevant materials, can be viewed here.

The Open Meetings Act requires that “An agenda for each regular meeting shall be posted at the principal office of the public body and at the location where the meeting is to be held at least 48 hours in advance of the holding of the meeting.”

LANSING, Ill. (January 22, 2022) — In the last couple days, TF United competed in a swim meet, and the TFS Boys Basketball team added both a blowout loss and a close win to their record.

The TFS Sports calendar is available on il8to18.com/ThorntonFractionalSouth. TF South is located at 18500 Burnham Avenue in Lansing.

Become one of the 95 people we need to contribute to TFS sports coverage. Use this form:


Subscribe to receive regular TFS sports updates in your inbox — just input your email in the form below. (It’s free.)

Sunnybrook District 171 Board meetings are scheduled for 6:30 p.m. on the third Monday of each month.

The Open Meetings Act requires that “An agenda for each regular meeting shall be posted at the principal office of the public body and at the location where the meeting is to be held at least 48 hours in advance of the holding of the meeting.” District 171 posts agendas and minutes on its website.

Lansing Journal subscribers receive an email each morning with links to Lansing headlines, so they stay informed about items being discussed at public meetings, as well as news that happens between meetings. 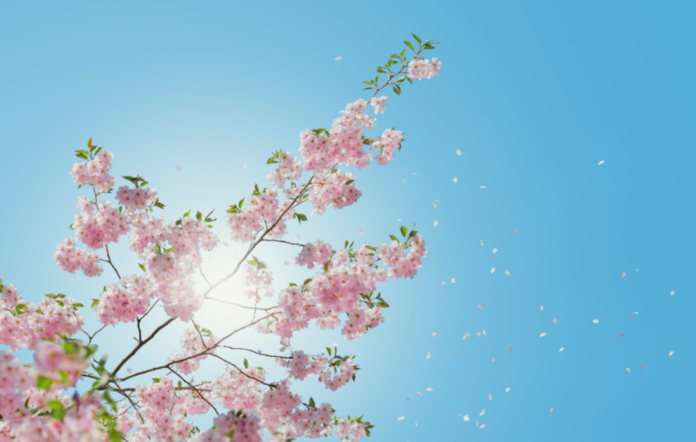 Visitation Friday, January 28, 2022, from 12:30 p.m. until time of the funeral service at 3:30 p.m. at Smits Funeral Home, 2121 Pleasant Springs Lane, Dyer, IN with services conducted by Rev. Jason DeVries. Memorial contributions may be given to the Alzheimer’s Association or The Wounded Warrior Project (230 W Monroe St Suite 200, Chicago, IL 60606). For more information, please call 219-322-7300 or visit our online obituary and guestbook at www.SMITSFH.com. 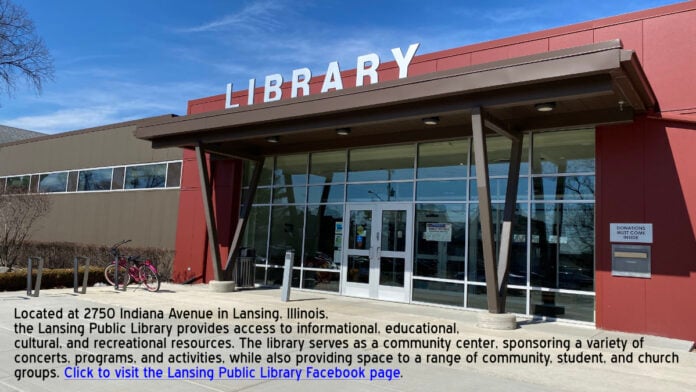 LANSING, Ill. (January 22, 2022) – The Lansing Journal is continuing to test a weather feature that we hope will be useful for our subscribers. We ask for your patience and we appreciate your input while we figure things out.

Thank-you to our sponsor 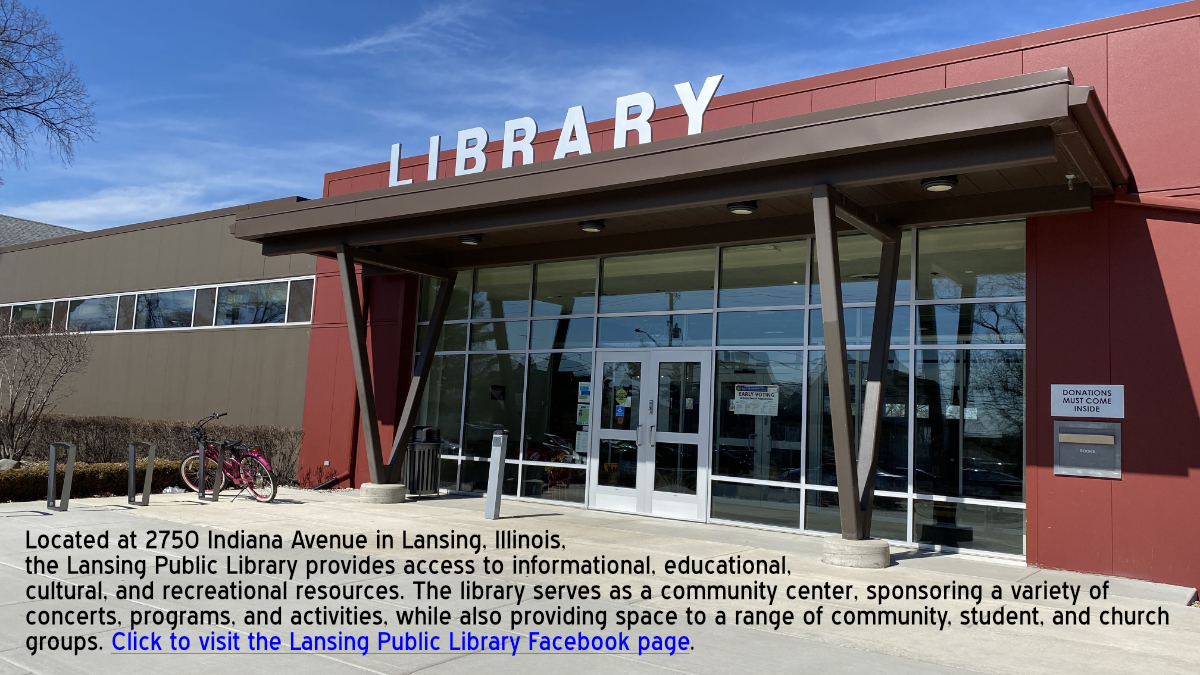 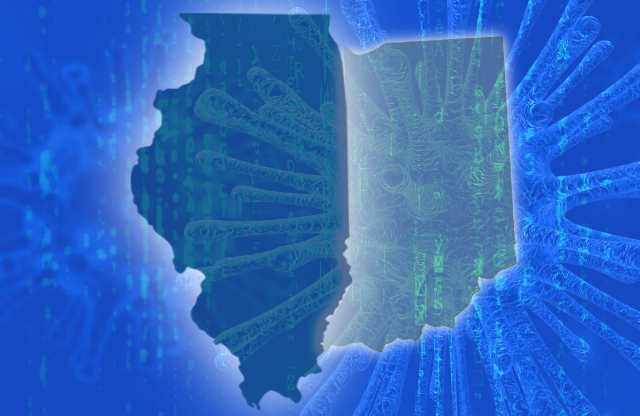 As of last night, 6,054 individuals in Illinois were reported to be in the hospital with COVID-19. Of those, 972 patients were in the ICU and 560 patients with COVID-19 were on ventilators.

The South Suburban Mayors and Managers Association maintains a COVID dashboard aggregating data from villages throughout the south suburbs. Highlights from Lansing are listed below:

The graphs below are created by HiGeorge and are “live,” so they are continually updated as new data are released from official sources.

Video: Superintendent Jones gets a haircut, and other news from the CTE Showcase 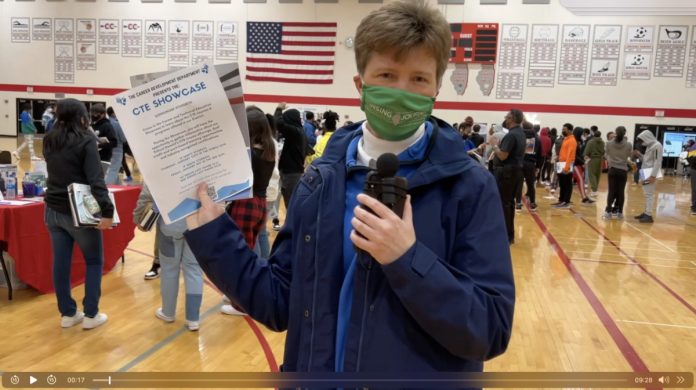 LANSING, Ill. (January 21, 2022) – “I just left TF North, and I was overwhelmed with joy seeing so much interest in the programs by our students,” wrote Dr. Sophia Jones-Redmond in an email to The Lansing Journal on Thursday, January 20. She had attended Thursday’s CTE Showcase at North and reached out to invite us to the TF South version that would take place on Friday. “The media should witness what I am seeing,” she said.

It was just this past summer that District 215 established a new Career Development Department to offer TF South and TF North students hands-on learning opportunities in a variety of fields. Career and Technical Education (CTE) courses are available to juniors and seniors, and several of the programs equip students with the licensing or certification they need to be employable immediately upon graduation.

The CTE Showcase was designed to make current sophomores aware of the program and entice them to enroll. Teachers as well as current CTE students set up tables, trade-show style, to answer questions about careers in fields such as engineering, automotive technology, graphic design, construction, business, child care, culinary arts, and teaching.

Barbering and cosmetology are among the most sought-after CTE programs of study, with dozens of sophomores expressing interest in a class that is limited to 10 or 11 students. The Lansing Journal responded to Dr. Jones-Redmond’s invitation, and we were on site at the CTE Showcase at TF South, where we learned some of the reasons the program is so popular.

More information about the Career Development Program is available from the following sources:

The District 215 administrative office is located at 18601 Torrence Avenue in Lansing, Illinois.

Illinois unemployment down, payroll jobs up in December 2021

Unemployment rate at 5.3 percent in December

Information provided by the Illinois Department of Employment Security

SPRINGFIELD, Ill. (January 21, 2022) – The Illinois Department of Employment Security (IDES) announced that the unemployment rate fell 0.4 percentage points to 5.3 percent, while nonfarm payrolls increased by 22,800 in December, based on preliminary data provided by the U.S. Bureau of Labor Statistics (BLS) and released by IDES. The preliminary report for November monthly payrolls was revised from +19,500 to +19,900 jobs. The November unemployment rate was unchanged from the preliminary report, remaining at 5.7 percent.

In December, the three industry sectors with the largest over-the-month gains in employment were: Professional and Business Services (+9,400), Trade, Transportation and Utilities (+8,500), and Leisure and Hospitality (+2,200). The industry sectors that reported monthly payroll declines were: Financial Activities (-1,800), Educational and Health Services (-300), and Government (-100).

“Today’s data reflects continued encouraging growth across Illinois’ economy,” said Deputy Governor Andy Manar. “Illinois will continue to take collaborative steps to strengthen our workforce and connect workers with employers across the state. IDES encourages job seekers and businesses to utilize tools such as IllinoisJobLink.com, Illinois’ free and accessible job board with over 160,000 available jobs.”

The number of unemployed workers was down from the prior month, a -6.0 percent decrease to 333,100, and was down -32.1 percent over the same month for one year ago. The labor force was up +0.5 percent over-the-month and up +2.0 percent over-the-year. The unemployment rate identifies those individuals who are out of work and seeking employment. An individual who exhausts or is ineligible for benefits is still reflected in the unemployment rate if they actively seek work. 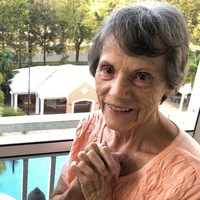 Charlotte G. Rietveld, nee Jansma, age 87, of Beecher, IL went home to her Lord and Savior on Friday, January 21, 2022. Beloved wife of the late Peter H. Rietveld. Loving mother of Joy (late Bob) Huizenga, Paul (Lucille) Rietveld, Peter (Jori) Rietveld, and mother-in-law of Michele (Brian) Rutledge. Cherished grandmother of 15 grandchildren and 20 great-grandchildren. Preceded in death by her son, Don Rietveld, by her great-granddaughter, Kora Abbott, and by her parents Charles and Grace Jansma. Charlotte was loved by all and will be deeply missed.

LANSING, Ill. (January 20, 2022) – As pandemic concerns caused Lansing schools to limit in-person interactions as much as possible, Lester Crawl Primary Center started sending staff out to receive students from their vehicles, rather than having parents or guardians walk their children into the building.

As Lynda Torres helped unload her students from their cars, she noticed a concerning trend: some of the cars she was seeing did not have adequate car seats.

“Every day, I’m more and more shocked at the kids that aren’t in car seats or booster seats. And then I felt worse because I’m putting them in cars to go home and they’re not in booster seats. And I know that it’s the law and I know it’s important,” Torres said.

A turning point for Torres was a day that she received a student from a car that also had a baby inside.

“As I turned to say goodbye to the mom, I looked back and she had an infant on her lap. And it just broke my heart,” she said.

Torres said she regularly listens to motivational speeches on her way to work, and the next day she heard something that stuck with her: “So many people like to complain about a situation, but they don’t do anything about it.”

57 car seats later, Torres has bucked the trend: she saw a problem and did something to fix it.

In her own preschool class, Torres — who’s worked at Lester Crawl for 31 years — knew she’d need eight car seats. She then sent a Google survey to school staff to share with parents, which determined that 55 families needed 57 car seats, either booster seats or larger five-point harness seats for younger children.

Torres said over the last few months, she’s used all kinds of help to gather the funds needed to buy the car seats. After an initial influx of 27 car seats from her generous network, Torres came to her church, Dyer United Methodist, and asked if they could help her campaign. They provided $1,200 toward the purchase of car seats.

“The FedEx guy finally said, after the fifth car seat, he said, ‘There is no way these people have more than five kids of their own.’ He finally said, ‘Do you want to just open the garage? Because I have 11 today,'” Torres said.

The car seats range from large five point harness seats for younger children to booster seats designed for older children. Torres said the larger seats can be later converted to a booster, meaning families will not have to buy a replacement seat when their child gets older.

Torres also said some families have different family members that regularly pick up children, such as a grandparent or other relative. Any family member that needed a car seat could pick one up as well.

“Any Lester Crawl family that needed one is getting one. Even if it’s a second one,” Torres said.

The five-point harness seats were installed into vehicles after school on Wednesday, January 19. Officer Dana Tatgenhorst from the Lansing Police Department is a certified as a Child Passenger Safety technician, and installed the car seats in vehicles.

Torres said parents have been very appreciative of the car seats.

“On Friday, we started taking a few kids that just were getting the booster, and one of the seats had dinosaurs on it, and this little boy wanted to carry it to the car. He was so excited. He skipped all the way to the car. That is what made it for me, that there was actually a kid excited to get their car seat,” Torres said.

Though Torres was quick to say the event wasn’t about her, Lester Crawl Principal Dr. Kim Morley praised Torres, and the efforts of everyone involved.

“My staff is pretty much private. They don’t like to toot their horn. But I’m going to do it for them. I think this is phenomenal,” Morley said. She said of Torres in particular: “She definitely has a heart for these kids. She’s probably the longest standing teacher in this building. … She’s been here and worked with preschool students. … Her heart just goes out to all children.”