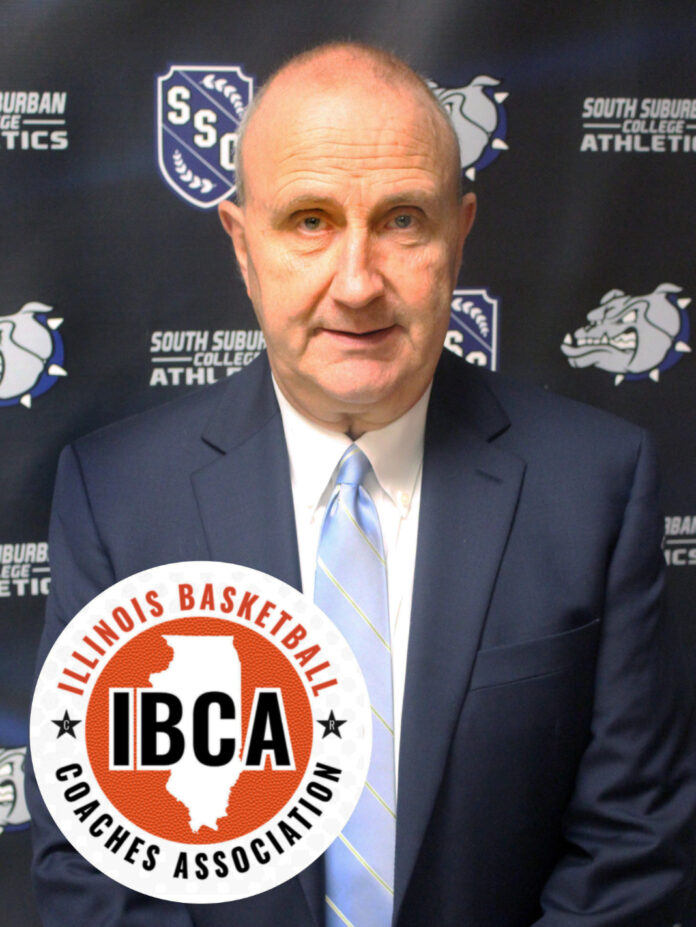 SOUTH HOLLAND, Ill. (November 28 ,2022) – The Illinois Basketball Coaches Association Hall of Fame honored John Pigatti, Head Coach of the South Suburban College Bulldogs Basketball Team, as a recipient of the IBCA Men’s College Coach of the Year Award for the National Junior College Athletic Association Division II . Pigatti was presented with this recognition on Saturday, November 19, 2022, during his fourth home game of the 2022-23 season. The Bulldogs pulled away with an 86-37 victory over the College of Lake County in the Physical Fitness & Athletic Center at the conclusion of the game. The SSC Men’s Basketball Team, under the direction of Pigatti, are currently on a 7-0 winning streak this season.

“It is quite the honor to be recognized by the IBCA. They are an extremely prestigious organization and to be honored by them is a very humbling,” Pigatti said. “I give all the credit to our special players that made a historic run last year. What we did was very special, and to do it by beating every junior college team by double digits except one was even more satisfying. Our team is very proud of what we accomplished last season.”

The 2021-22 SSC Men’s Basketball Team trail-blazed their way into history. Not only did they earn the college’s first-ever NJCAA DII National Championship on March 19, 2022, they also achieved the distinction as the first team in NJCAA DII history to go undefeated with a record of 33-0. Shortly thereafter, various accolades poured in as many student-athletes received post-season recognition. This was capped by Pigatti being named NJCAA DII Coach of the Year, followed by a number one ranking in the NJCAA DII pre-season poll to begin the 2022-23 season.

The Bulldogs have won the most consecutive games in NJCAA DII history, at their current mark of 40. The next game for the SSC Men’s Basketball Team is scheduled for Tuesday, November 29, 2022, at 7 p.m. The Bulldogs will tip-off against the Pioneers of Prairie State College in the SSC Physical Fitness & Athletic Center, located on the southwest end of the Main Campus at 15800 South State Street, South Holland, Illinois.