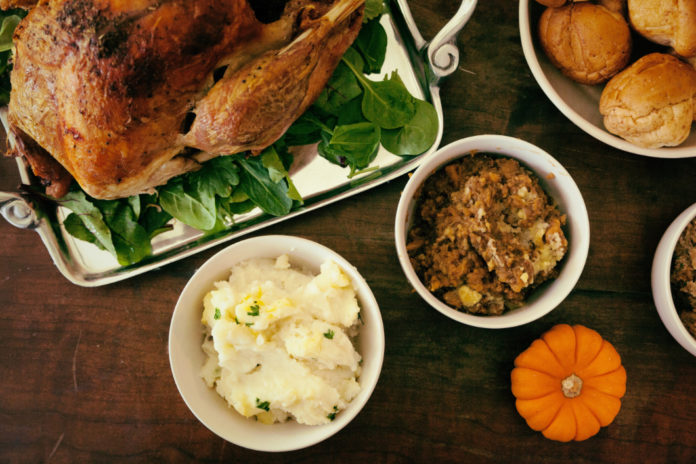 BLOOMINGTON, Ill. – (November 22, 2022) – Gathering with family and friends for a Thanksgiving meal remains an important tradition in many households, but high food costs due to general inflation is a top concern for many this holiday season.

Illinois shoppers participating in the 37th annual American Farm Bureau Federation’s Thanksgiving Cost Survey reported a state-wide average price of $65.53, or $6.55 per person for a classic Thanksgiving meal for 10. This represents a 13% increase over the previous year’s state average of $58.15.

“Illinois farmers know the role inflation has played over the last year in driving food costs higher. Farmers have been experiencing higher input prices for over 18 months,” said Illinois Farm Bureau President Richard Guebert, Jr. “Increased fuel prices are a significant component of the distribution of food to consumers.”

The cost of Thanksgiving in Illinois

Illinois’ Thanksgiving costs reflect prices slightly higher than the national average. According to the American Farm Bureau Federation, the national cost of a classic Thanksgiving feast for 10 came in at $64.05, or less than $6.50 per person. This reflects a $10.74 or 20% increase from last year’s average of $53.31.

Turkey, a staple main dish in many Thanksgiving meals, increased in its national average cost 21% to $28.96 over the last year. In total, 11 food items increased in average price and one (cranberries) decreased. The largest price increase is for cubed bread stuffing, up 69% to $3.88 for 14 ounces.

In recognition of changes in Thanksgiving dinner traditions, the Farm Bureau price survey also includes ham, russet potatoes and frozen green beans, in an expanded holiday menu. Adding these foods to the classic Thanksgiving menu increased the overall cost by $17.25, to $81.30. This updated basket of foods also increased in price (up 18%) compared to 2021.

“Other contributing factors to the increased cost for the meal include supply chain disruptions and the war in Ukraine,” Cryan said. “The higher retail turkey cost at the grocery store can also be attributed to a slightly smaller flock this year, increased feed costs, and lighter processing weights.”

More information and data on the average cost of Thanksgiving dinner can be accessed at the American Farm Bureau’s website.

The AFBF Thanksgiving dinner survey was first conducted in 1986. The informal survey provides a record of comparative holiday meal costs over the years. Farm Bureau’s classic survey menu has remained unchanged since 1986 to allow for consistent price comparisons.