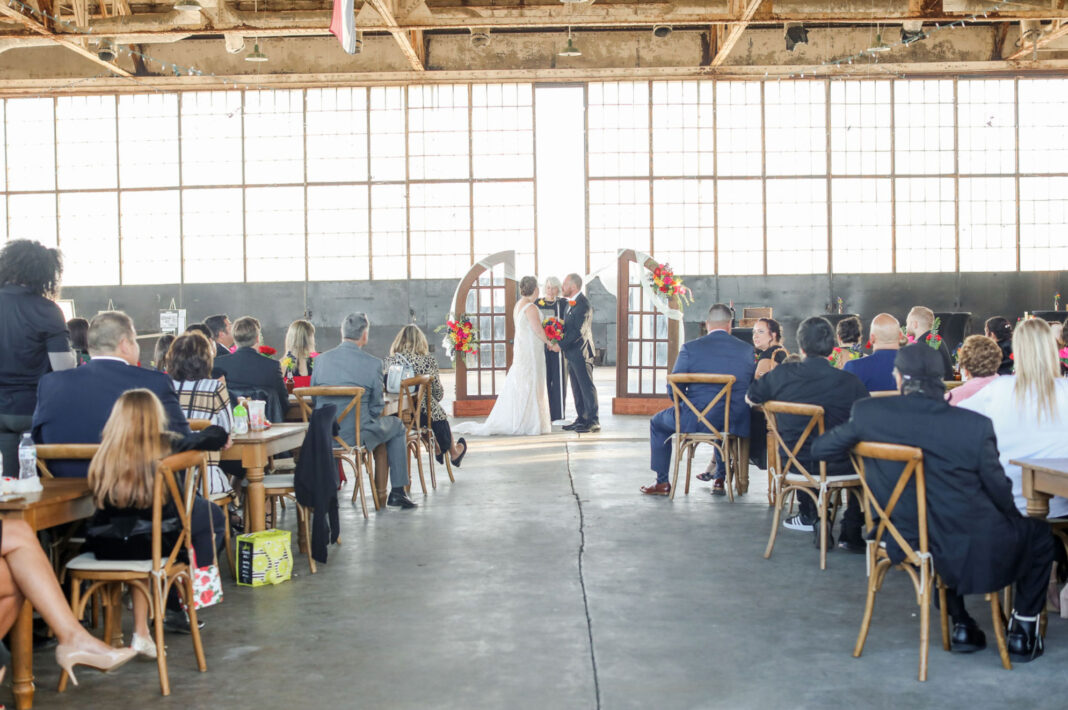 LANSING, Ill. (November 21, 2022) – As a dating couple, Betsy Wagner lived in Homewood while her boyfriend Angel Lopez lived in Highland, Indiana. When visiting each other, the pair would often drive on Glenwood Lansing Road past the Ford Hangar in Lansing. Intrigued by the building’s history and vintage feel, the couple started calling the Village of Lansing to inquire about hosting their wedding there.

On October 8, 2022, in the same architectural wonder that once hosted Amelia Earhart and Charles Lindbergh, Angel Lopez and Betsy Wagner became Mr. and Mrs. Lopez — and the first couple to be married in the Ford Hangar.

Ford Hangar as a “vintage” venue

After six months of planning and working with family, friends, vendors, and the Village of Lansing, Betsy and Angel invited 198 guests to the 96-year-old building for their wedding ceremony and reception.

“We wanted something that was a bit non-traditional, and in talking with other venues, it was very strict in how they did weddings,” said Betsy Lopez, “where this was more ‘Let us know what you want to do, and we’ll make it work for you.’ … It was nice to work with [the Village of Lansing], who wanted to make sure it was a success.”

In a presentation to the Village Board on November 15, Village Communications Director Ken Reynolds said, “We’re really pleased with the way it worked out, and we need to give Betsy a ton of credit — her vision for what it was going to look like inside the Hangar was a template that we’re going to steal from her and use as we move forward.”

Until recently, the Ford Hangar was subject to federal restrictions stating it could be used only for aeronautical purposes, unless a special exception was granted. Now, the Hangar is free from those restrictions, allowing the Village to market the venue for events.

The sliding doors of the Hangar — which were an architectural wonder when completed in 1926 — were opened for some of the day, and closed in the evening to mitigate the mild October chill. Guests were treated to solid wood tables, a wide dance floor, and food trucks onsite.

“Our guests were just enthralled with the history,” Angel Lopez said, “We still get tons of people saying, ‘It’s just such a cool area.'”

“Our goal was to take the history — we like older vintage stuff — and see the old architecture and embrace that,” Betsy Lopez said. “People have said it was a very different wedding, but it was very ‘Angel and Betsy.'”

All photos were provided by Betsy and Angel Lopez: 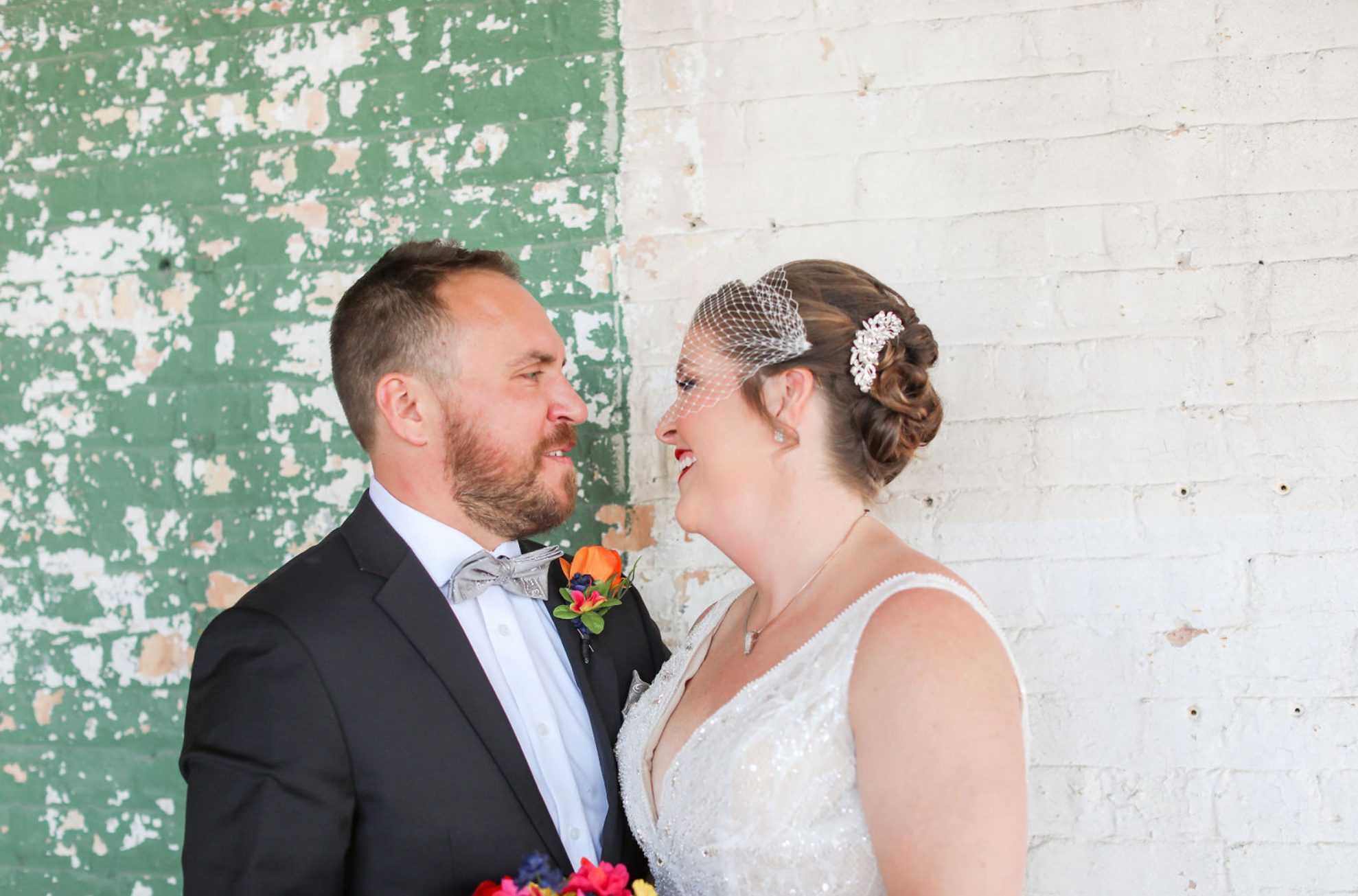 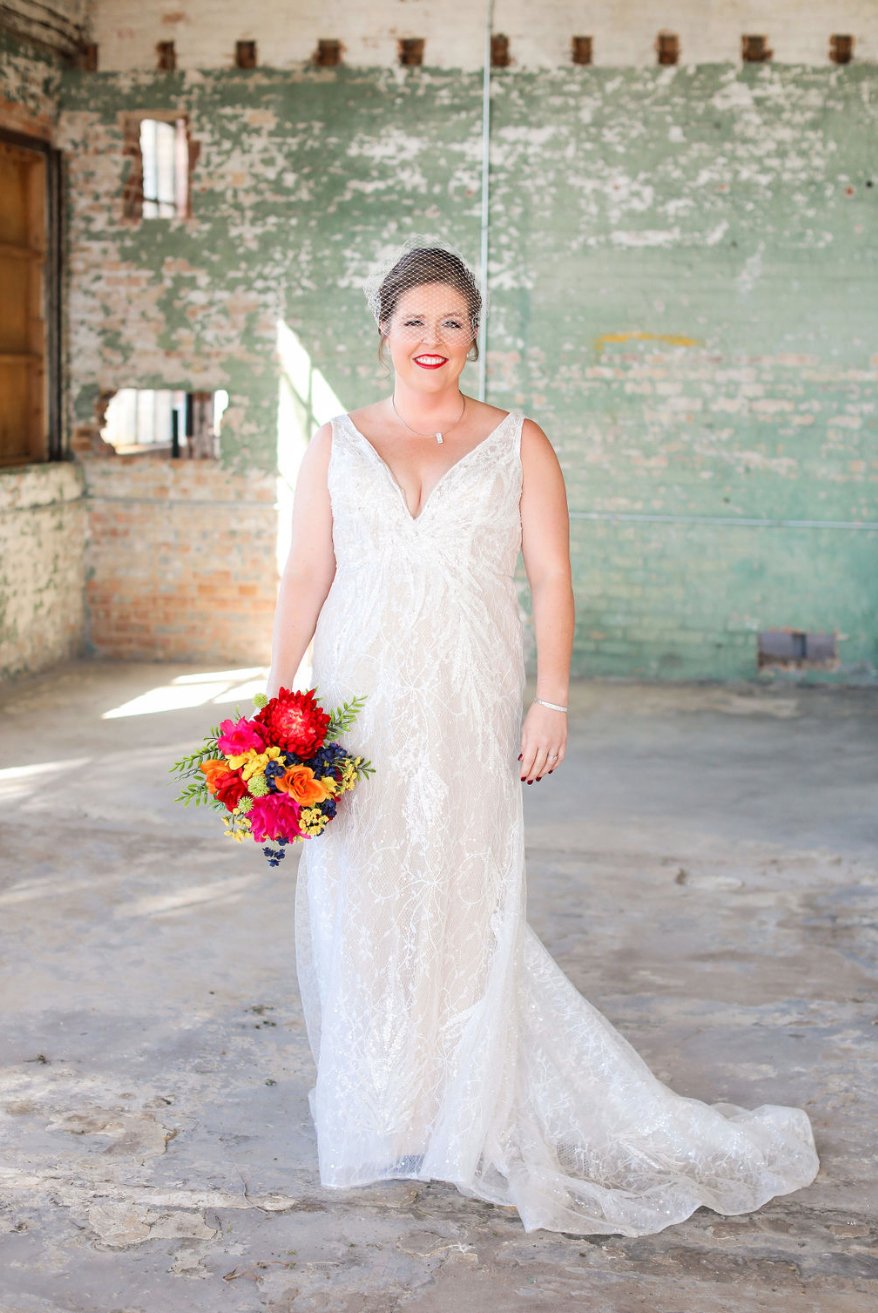 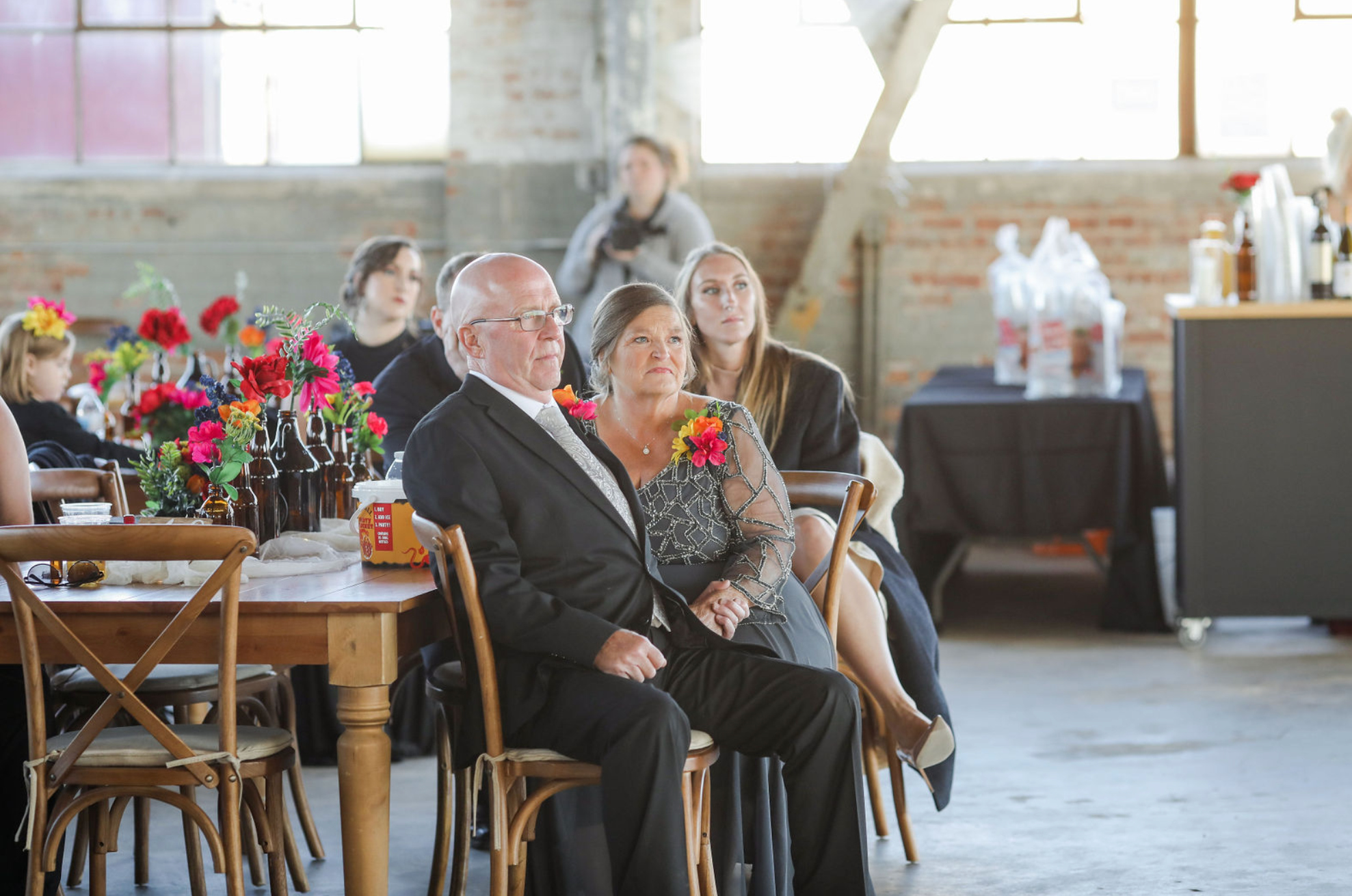 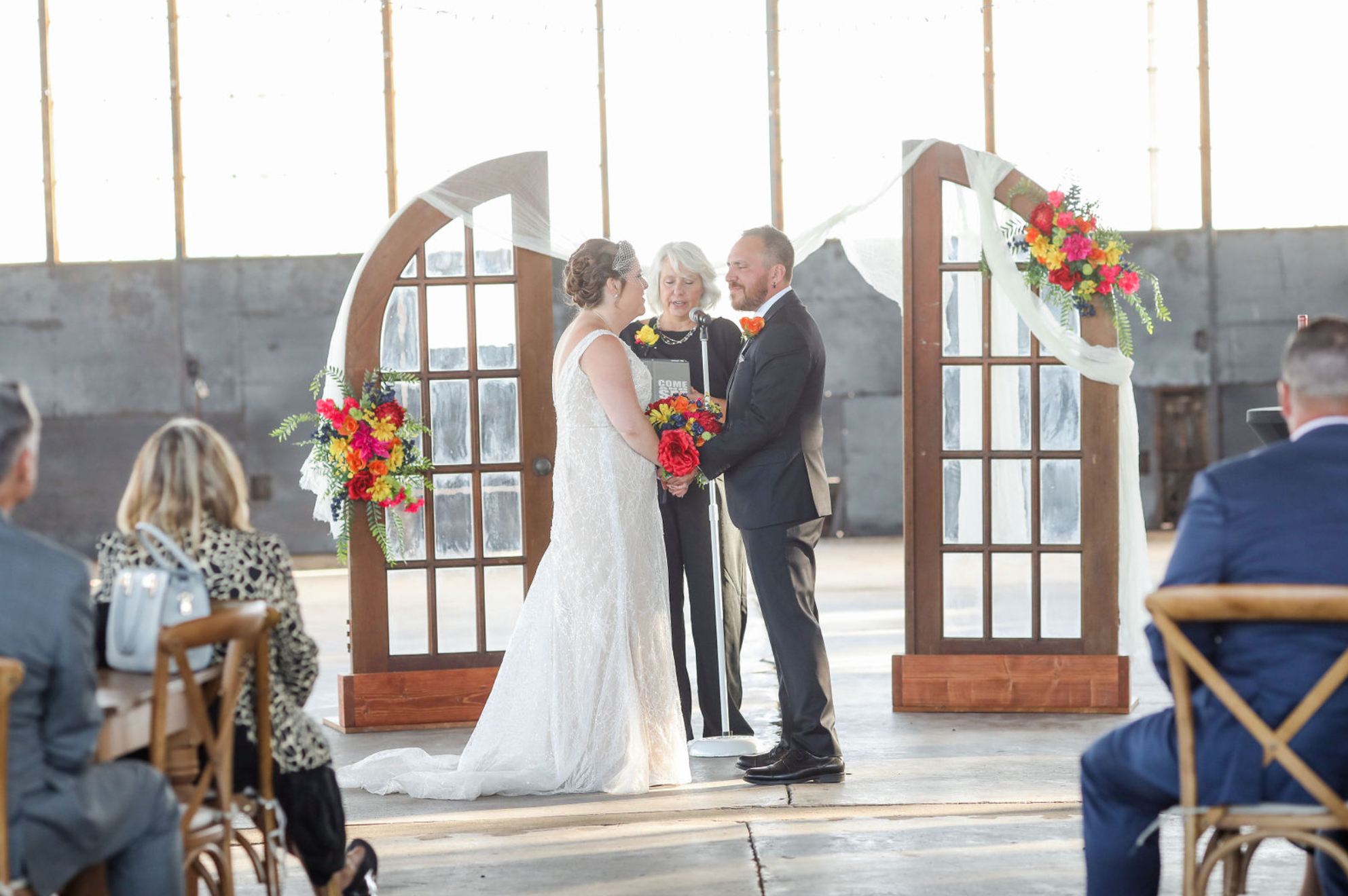 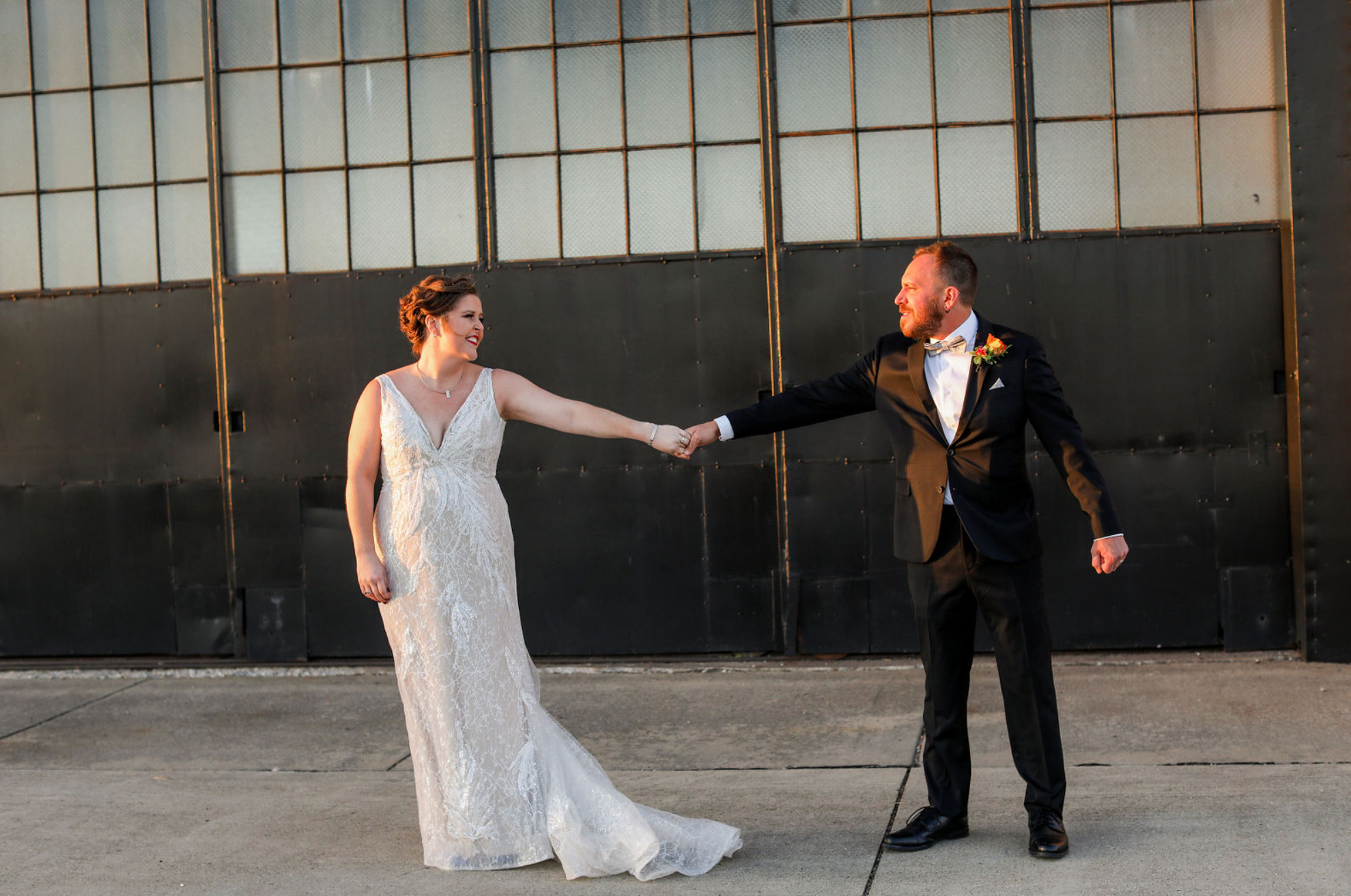 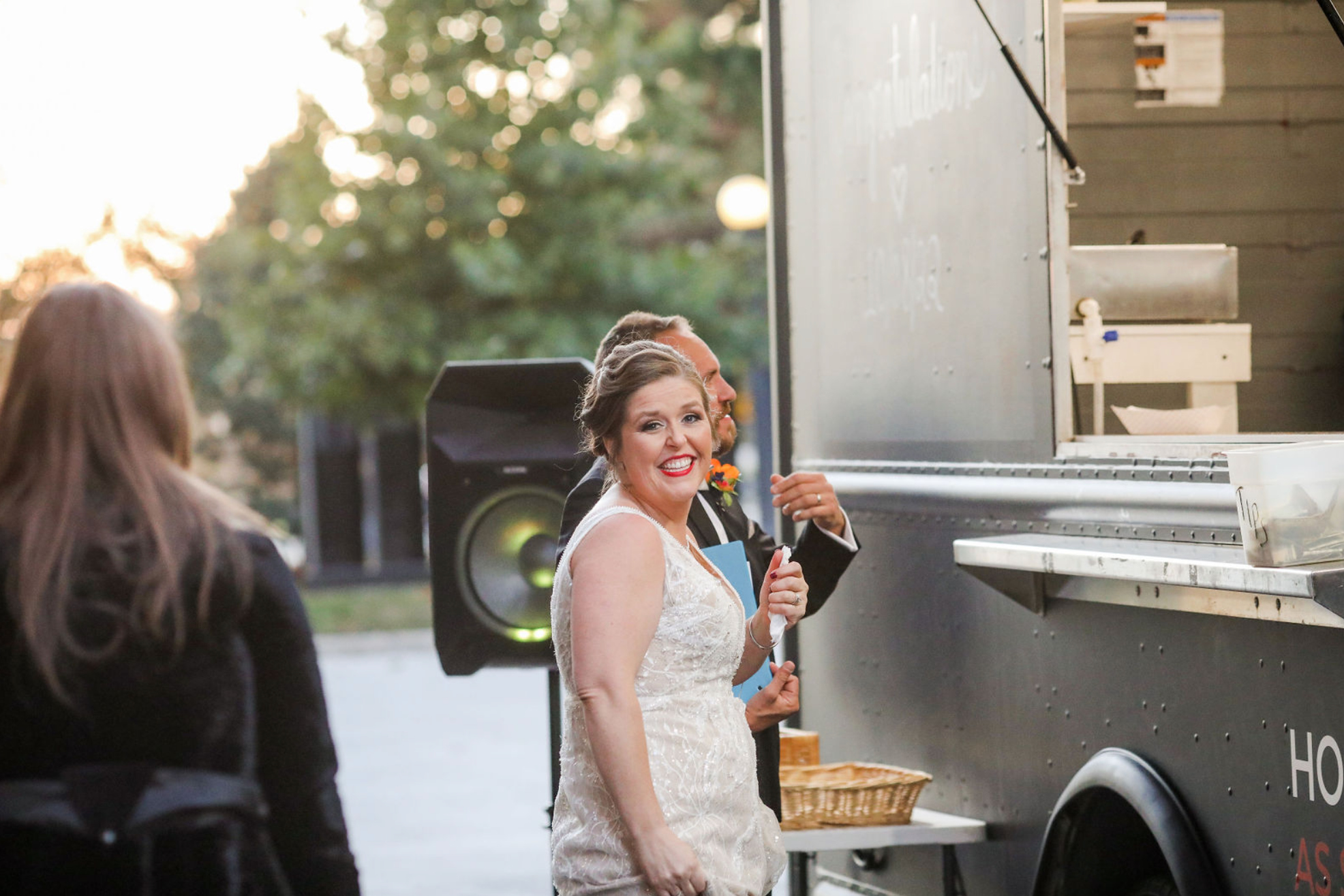 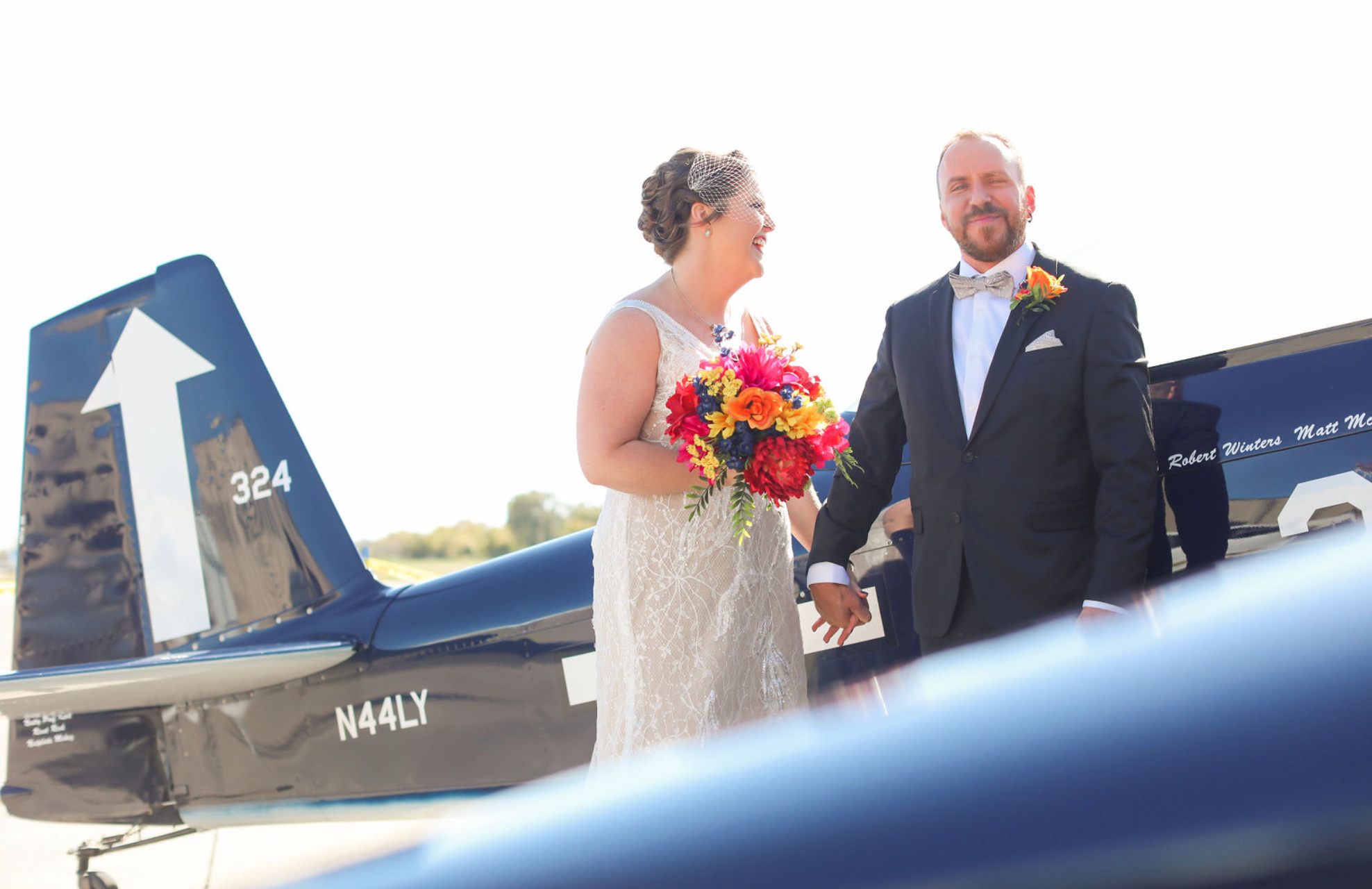 The following video was provided by the Village of Lansing: