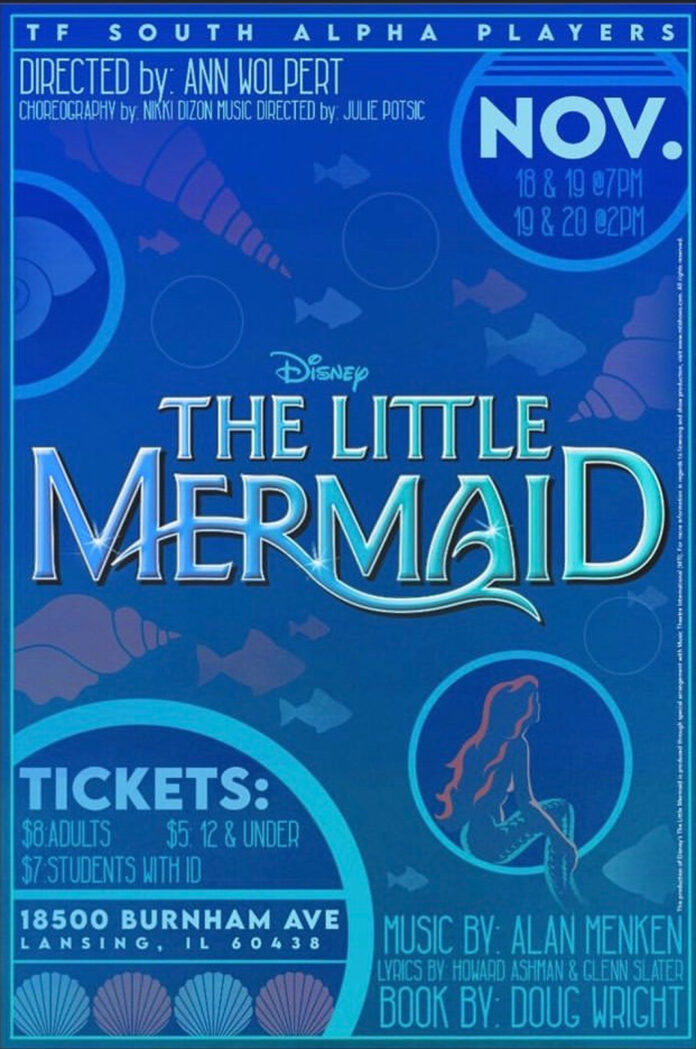 With an expanded cast and more songs, The Little Mermaid otherwise follows the plot of original movie. The mermaid Ariel, who feels trapped by her protective father King Triton, sells her voice to the evil sea witch Ursula in order for a chance to meet Prince Eric, a human. Along the way, her friends Flounder, Sebastian, and Scuttle try to save her from her poor decision and help the Prince fall for her.

“The Little Mermaid is really story about finding your voice,” said director Ann Wolpert. “In a time when women’s voices are routinely silenced, the message is an important one for all of our audiences, but particularly for young people. I hope that they leave understanding how much power and influence they can have on the world around them if they use their voice.”

The show will have four performances:

Tickets will be sold at the door and are $8 for adults, $7 for students and senior citizens, and $5 for kids ages 12 and under. Doors will open a half house before the performance.