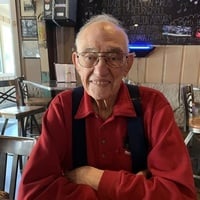 A private family graveside service will be held Friday, September 23, 2022, at Oak Ridge Cemetery in Lansing, IL. Memorial donations may be given to Knights of Columbus, Queen of Angels Council, or charity of your choice. Arrangements entrusted to Smits Funeral Home – Dyer, IN. For further information, please contact 219-322-7300 or visit our online obituary and guest book at www.SMITSFH.com.